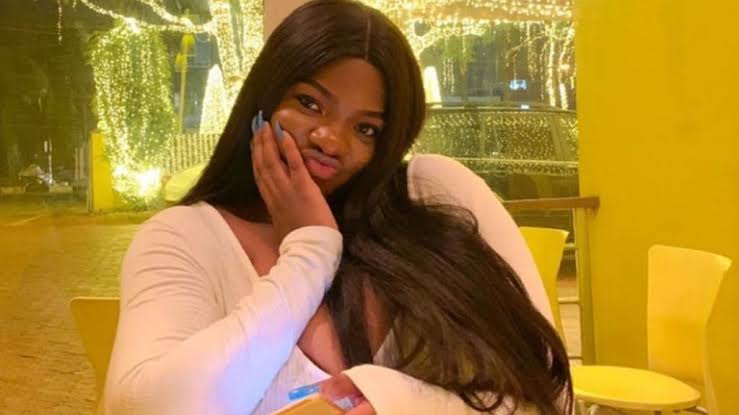 BBNaija housemate, Dorathy Bachor has revealed that her father told her not to come back home after the Big Brother Naija show.

She is currently one of the most talked about housemate of the ongoing show.

Dorathy disclosed that her family warned her not to return back home after the show is over.

She made this known during the Tuesday diary session with Big Brother, as she took the opportunity to disclose the shocking revelation when Big Brother asked her if she thinks she can win the grand prize.

Dorathy Bachor explained that she hopes to win the grand prize because she needs the money so much because her family told her not to return back to the house after the show.

This was made known by Kiddwaya during the Thursday night arena games. During the games, housemates were made to answer questions about each other, and Kiddwaya answered the question about Dorathy.

In his question tag, Kiddwaya was asked to name the housemate whose celebrity crush is Dino Melaye.

He pointed out Dora and the answer was correct as she wrote down Dino Melaye in her form earlier filled in the house.

Biggie had earlier in the day distributed forms to the housemates to fill out personal traits, nicknames etc.