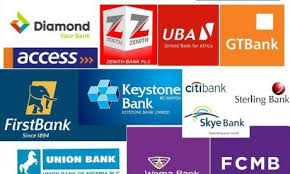 For the 12 banks that had swarmed around Nasarawa revenue pie since 1999, the coming of former governor Tanko Al-Makura in 2015 changed the tide. Al-Makura who was worried stiff on the paltry internally revenue generation, despite the numbers of banks operating in the state, was bent on doing something about it.

This becomes paramount to the governor because Internally Generated Revenue (IGR) is a major earning that state governments generate within the areas of their jurisdiction. The various sources of internal revenue available to state governments includes taxes, fines and fees, licenses, earnings & sales, rent on government property, interests and dividends, among others.

However, the serious decline in the price of oil in recent years has led to a decrease in the funds available for distribution to the states and triggers the need for state governments to generate adequate revenue from internal sources. This need has therefore underscored the eagerness on the part of many state governments to look for new sources or to become aggressive and innovative in the mode of collecting revenue from existing sources.

So, on the 29th December, 2016, Ori Adeyemo and Co, a Forensic Accounting Consultancy firm based in Lagos was engaged by the Nasarawa State Board of Internal Revenue to assist in the improvement of Internally-Generated-Revenue (IGR) base of excess bank charges, high network individuals, withholding tax on dividends and interest and deposits against banks operating in the State from 29/05/1999 and for an initial period of 4 years based on the firm’s proposal.

The firm immediately set its hands on the plough and in respect of excess bank charges and suppressed IGR recoveries, worked directly with the office of the Accountant-General of Nasarawa State. But for 10% Withholding Tax on Credit Interest and Dividend, High Network Individuals as well as PAYE back-duty recoveries, it dealt strictly with the Board.

In the course of executing the assignments, the obviously excited Nasarawa State Government expanded the job scope to include Pay-As-You-Earn (PAYE) back-duty assessment and IGR suppression (if any) by banks operating in the State sometimes in year 2017.

After the completion of said deducted but unremitted 10% Withholding Tax on Credit Interest monies by banks operating in Nasarawa State, it was established that a total final and conclusive liability against 12 banks stood at (N3.632 billion) N3, 632,677,464.41 broken down as follows:

Out of this sum, N762, 862,267.53, representing 20% agreed commission (including 5% Value-Added-Tax) was due and payable to the consulting firm within 7 days upon the receipt of its demand letter.

Before commencement of work, the firm was introduced to the Nasarawa State Government by the duo of Mr. Charles Osuji (aka Kenneth Zuofa) and Mr. Edmond Ogbonna

Despite this, the Nasarawa State Government insisted that the firm should instead, deal with its own official facilitators and middlemen, namely Mr. Edmond Ogbonna of Tarindy Concept International Ltd. of 2, Hunkuyi Street, off Jesse Street, Asokoro, Abuja FCT and Mr. Charles Osuji (aka Kenneth Zuofa) of Ice R Us Integrated Global Service Ltd. of 4, Samota Faola Street, Ikeja, Lagos, which was complied with.

The deal however went sour after completion of works as Adeyemo alleged that the state officials and their middlemen have entered a new deal with some of the banks to shortchange the whole exercise, as shown the table below.

Adeyemo in his petition to the EFCC last week insisted that his firm was ”never a party to any negotiation therewith any said bank and therefore not bound at all by said closure and that all unpaid assessments by concerned banks are still open”.

He went on to assert that “rather than pay us our own share of the collected proceedings after the completion of said arduous and tasking IGR assignments, the Nasarawa State Board of Internal Revenue refused, ignored and neglected to so pay us our due commission for N762, 862,267.53 withheld sum in criminal contractual breach, conspiracy and fraudulent-intent and for reasons unknown.”

Adeyemo who also alerted that his life is in danger, alleged that he is “relying on email correspondences as we cannot lay our hands on our hard copy files having been found missing and/or stolen by suspected persons be known to this case.”

The Nasarawa State Board of Internal Revenue Service in a letter dated 7th October, 2019 stated that Adeyemo and his Forensic Consulting failed to adhere to the term of agreement which stipulates that the assignment be completed within two years. The letter signed by the board’s Executive Chairman, Ahmed Yakubu Mohammed added that Adeyemo could not be paid his commission due to the fact that the money he claimed the banks aweing the state has not been recovered.

Though it is obvious the Forensic firm is not in any position to recover that money as the Nasarawa State Board of Internal Revenue Service has the right to seek legal redress known to the law or invite the anti-graft agencies. This has not been done as findings reveal nocturnal process to short change the state and defraud the auditing firm that carried out the herculean task of uncovering the alleged IGR sleaze.

Investigations further reveal that some accountants who were alleged to have connived with banks’ officials and some staff of the state revenue board to defraud the Nasarawa state Government have been reported to the Institute of Chartered Accountants of Nigeria, ICAN. A letter written by Christiana C. Ochonogor, Senior Manager, Legal Services of ICAN affirmed the receipt of petition against Richard Ojo and Segun Adeoti in respect to the Nasarawa IGR scandal. It was gathered that Adeyemo’s petition against some of his fellow accountants over the matter has been referred to the Investigating Panel of ICAN for investigation.

Attempts to get the reactions of the alleged banks were unsuccessful as none of them responded two weeks after contacting them. In the case of the First bank which according to the auditing firm is owing the state the sum of N427 Million, the bank’s Corporate Affairs Officer Ms Daramola promised to forward the request to the “FBN special panel who handles such matters” but failed to turn up two weeks after.

United Bank of Africa, UBA is said to have failed to remit the state’s N437. Ramon Olanrewaju, the image maker of UBA did not pick call for almost three days of calling him repeatedly. The UBA man also failed to react to sms sent to his mobile phones.

Access bank and FCMB are said to be withholding Nasarawa state revenue of N582 Millions andN152 Million. Abdul Imoyo of Access bank and Diran Olojo of FCMB requested a further explanation of the allegation through mail which was sent to them, but the duo could not respond to neither the sms nor the mail sent to them for their own side of the story.

Eco Bank tops the list of indebted banks with the tune of N812 Million. The bank’s media officer, Austeen Osokpor after communicating his readiness to state the bank’s position for the past two weeks failed to do so, till date.

Ayoola Kusimo, the Corporate Affairs Officer of Zenith bank, which is said be in the custody of Nasarawa State’s N176 Millions. When contacted, Ayoola sought for further details which were given to him but refused to get back to us as he promised.

investigativejournalists.org further checks reveal that the country’s anti-graft agency, EFCC is armed with Adeyemo’s petition and will soon swing into action that could lead to the greatest assets recovery so far in the history of Nasarawa state government.