A woman who was accused of slashing her step daughter’s face with razor blade in Warri, Delta State, shared her own side of the story on Thursday, October 1, 2020.

The woman, who is allegedly married to her victim’s father, said that she attacked the victim — identified as Mary — and slashed her face with razor blade in self-defense.

She alleges that she had to do what she did to Mary because she insulted her, called her a witch, barren, and broke a bottle on her head. 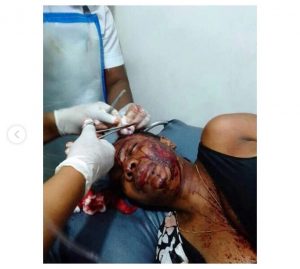 Nigeria at 60: “Take Your Rightful Place in Building the Nigeria of Your Dream,” Ogunsakin Admonishes Nigerian Youths