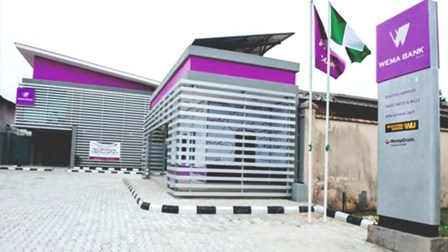 About 54 staff and a few customers of Wema Bank in Lagos, Nigeria’s commercial nerve centre, have been sent to the Lagos State isolation centres for the treatment and management of Coronavirus Disease.

A Lagos-based online medium, The Eagle Online, which reported this quoting impeccable sources, noted that this followed the outbreak of the virus at a Lagos State office of the bank, which serves as both regional and branch offices.

The affected office, NEWS DIRECT gathered, was the bank’s office at Oba Akran Avenue in Ikeja, which serves as regional and branch offices.

One of the sources said the sharp rise in the number of cases recorded by Lagos State, which had dropped below 100 for two consecutive days before rising to 170 on Monday, was as a result of the high number of staff and customers of the bank who tested positive at the Oba Akran branch.

A source told The Eagle Online: “Wema again contributed to the high figure of yesterday (Tuesday) as one branch was closed in Lagos and all staff sent to isolation centres.

“Oba Akran was the branch affected. And it houses a regional office as well as a branch office.”

When probed further on how many staff had been confirmed positive, the source said: “No idea.
“However, the figure is high.
“And all staff are in isolation.
“And they can’t be nothing less than 50 as it is a regional office with a branch.”

The Nigeria Centre For Disease Control said Nigeria on Monday recorded 315 new cases of COVID-19, with Lagos State accounting for 128 of the infections.
Since then, there has been progression in the number of cases recorded in the state.

By Tuesday, the number of cases in the state rose to 170, with 201 infections recorded on Wednesday.

The Eagle Online was told that both the regional and branch offices had remained closed since then, with preparation in high stage for decontamination.

The bank was yet to issue any official statement on the development as at press time.