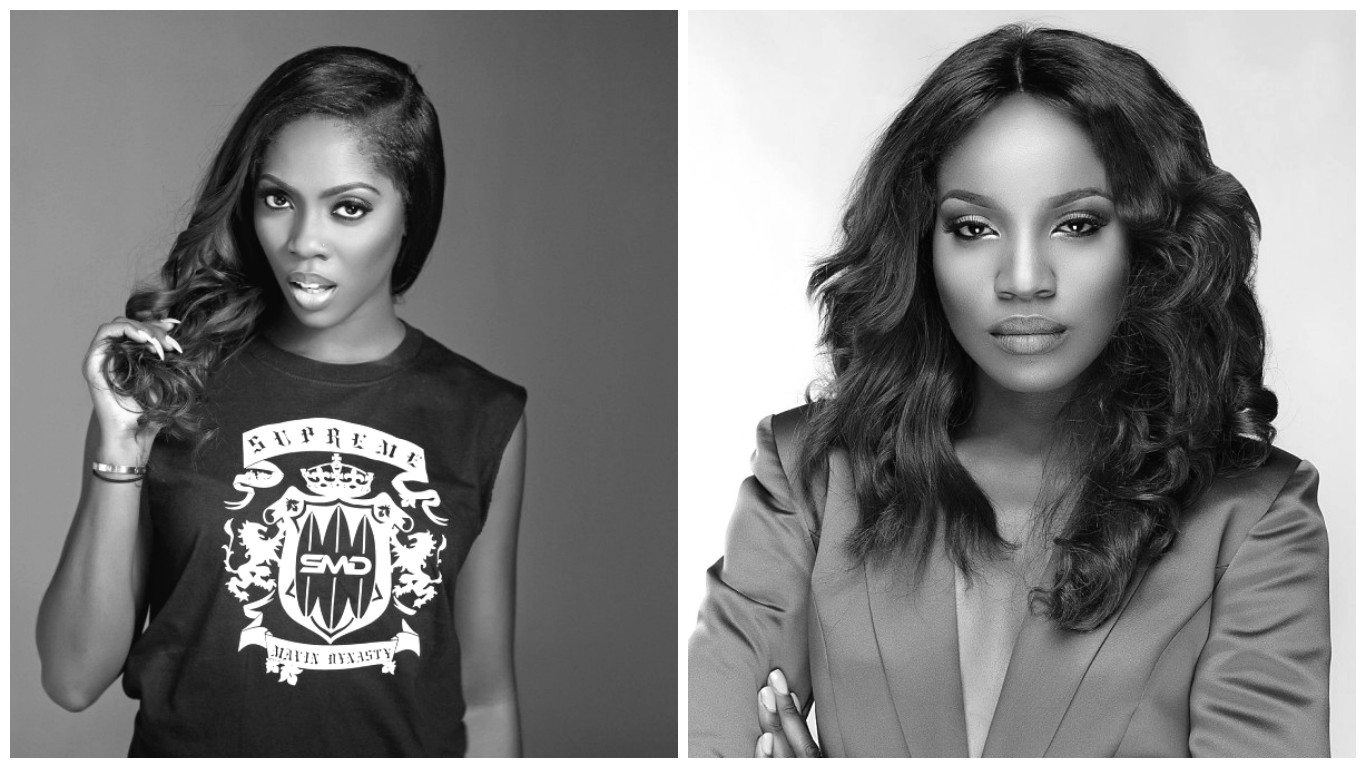 Female Nigerian singers, Tiwa Savage and Seyi Shay fight dirty over some unsettled issues after they met each other at a salon in Lagos.

According to reports, Tiwa Savage and Seyi Shay clashed over Victoria Kimani’s verse on Kizz Daniel’s ‘Fvck you’ cover challenge.

In the video sighted by NEWS DIRECT, Seyi Shay approached Tiwa Savage to say Hi but Tiwa responded by saying she doesn’t want her greetings.

Tiwa Savage went further by saying God should take her son’s life if she ever said anything bad about Seyi Shay and Victoria Kimani.

She added by saying Seyi Shay is a whore and her ‘yansh’ is the dirtiest in the Nigerian music industry.