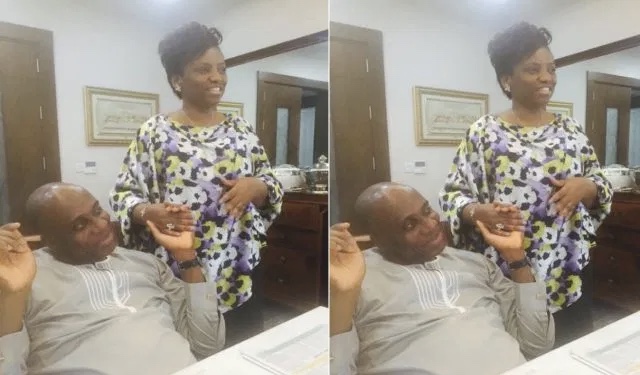 Rotimi Amaechi, the minister of transportation, has released a gospel song made by Obliblo Music in honor of his 56th birthday.

The song, which features his wife Judith, has gotten a lot of attention on social media.

The music video was apparently shot in the minister’s living room, according to NEWS DIRECT.

It incorporates a live band and backup singers, as well as Amaechi and his wife moving their bodies to the instrumentalists’ renditions.