The ruling All Progressives Congress, APC, presidential candidate, Bola Ahmed Tinubu, almost fell at his official campaign flag-off in Jos, Plateau State, after missing his step while walking to the podium. 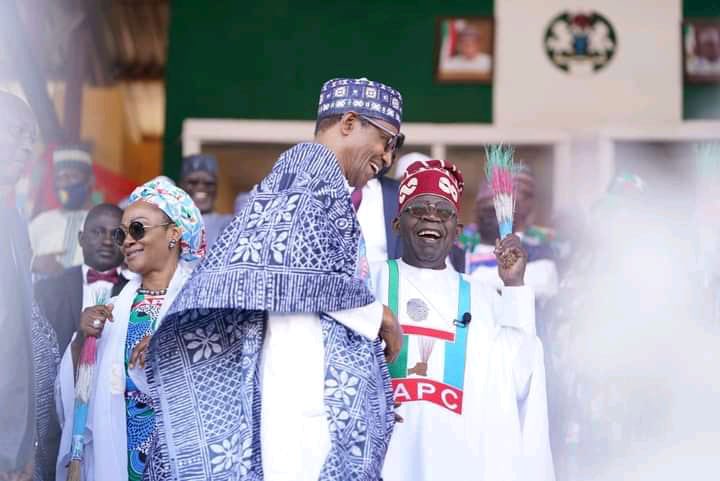 A video sighted by News Direct and shared below captured the moment Tinubu almost fell off at the campaign ground before he was assisted by security personnel walking behind him.

Watch the video below;

The event, which had in attendance President Muhammadu Buhari and other top APC stalwarts was held to officially kick off the presidential campaigns of Tinubu and his running mate, Kashim Shettima.

The well-attended event officially kick-starts the presidential campaign of Asiwaju Bola Tinubu as he hopes to succeed President Buhari in next year’s presidential elections.

Soludo’s Letter To Peter Obi Was Timely, Cogent And In Affirmation Of Other Igbo Leaders In Anambra PDP

2023: Instead Of Igbo Politicians To Support Peter Obi, They Are Looking For Ways To Disrupt And Thwart Him - Frank Edoho Laments