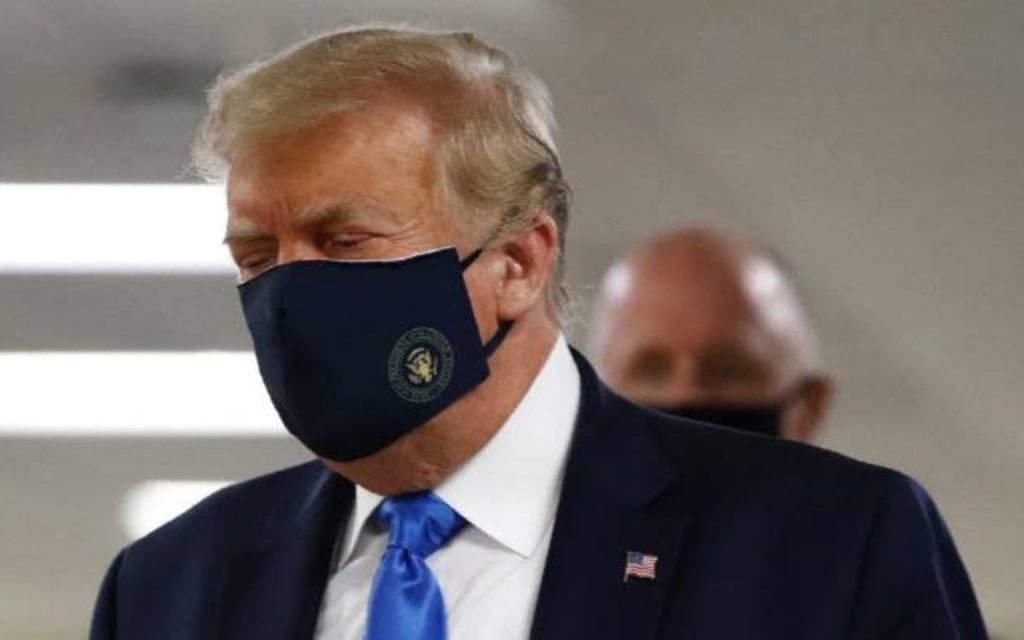 United States President, Donald Trump on Saturday wore a mask in public for the first time since coronavirus hit the world.

His refusal to wear masks in public evoked backlash even from members of his party.

Trump put it on during a visit to the Walter Reed National Military Medical Centre where he met wounded soldiers and frontline healthcare workers.

The President spoke to reporters before leaving the White House.

“I’ve never been against masks but I do believe they have a time and a place,” he stated.

The American leader later admitted that it was the right thing to do.

“When you’re in a hospital, where you’re talking to a lot of soldiers and people that, in some cases, just got off the operating tables, I think it’s a great thing to wear a mask,” he said.