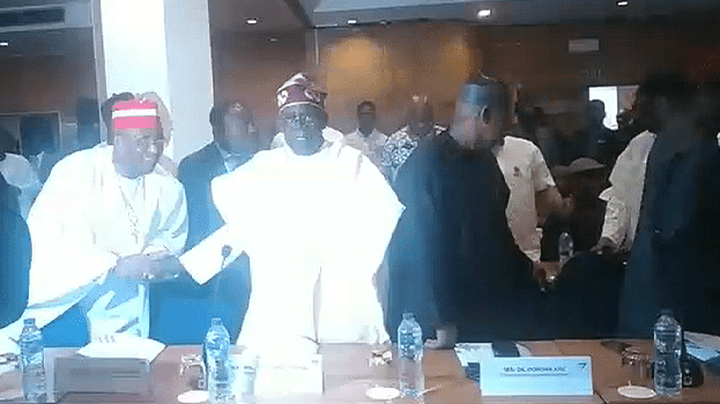 The handshake incident took place at a meeting organised by the National Peace Committee (NPC) which attracted some presidential candidates and other stakeholders ahead of the election.

It was gathered that the meeting was convened by the peace committee following observed breaches in the Peace Accord signed in September 2022.

In attendance at the meeting were Tinubu, African Action Congress (AAC) candidate, Omoyele Sowore; as well as the vice presidential candidates of the Peoples Democratic Party (PDP), Ifeanyi Okowa Idahosa of NNPP, among others.

BITmarkets Expands to Nigeria
4 hours ago

2023: Talks Are Ongoing For Kwankwaso To Step Down For Atiku — Northern Leaders
5 hours ago