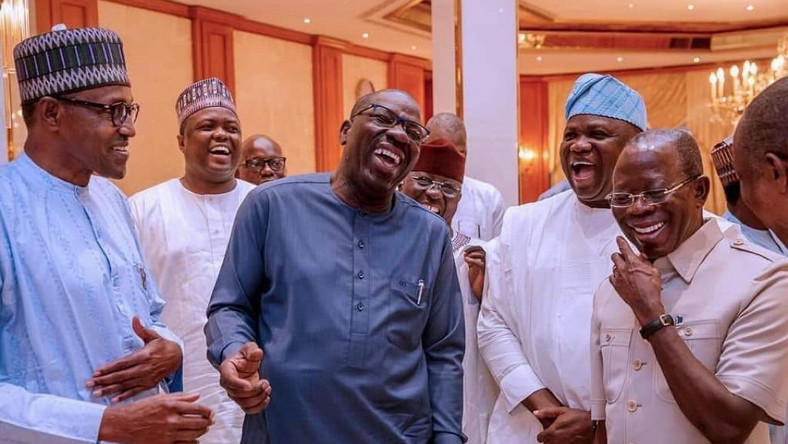 The APC won’t be presenting a candidate in the Bayelsa governorship election and here’s why.

Heineken Lokpobiri, one of the APC governorship aspirants, had approached the court to declare him, and not David Lyon, as the authentic candidate of the APC.

When Lokpobiri’s lawyer, Fitzgerald Olorogun, emerged from the courtroom on Thursday, November 14, he told reporters that the court gave a strange ruling instead.

“The court pronounced that the governorship primary conducted by the APC in Bayelsa state was not done in compliance with the guidelines and the constitution of the party, and, therefore, the party has no candidate,” said Olorogun.

According to Premium Times, a shocked Olorogun said the judge’s ruling was not part of the prayers they sought. “It’s strange,” he said.

Asked what was next for his client and the APC, Olorogun said: “we’ll do the needful. But for now, the pronouncement of the court is that APC has no candidate.”

Premium Times reports that the main road leading to the court was barricaded by heavily armed police personnel.

Visitors, including journalists, were frisked before they were allowed to enter the court building.

Even though he was contesting the candidacy of his party, Lokpobiri, a former minister, had always asked voters to vote for the APC whether he ends up as the party’s flag bearer or not.

He had also maintained that he was never going to leave his party for another if the ruling didn’t go his way.

“I’m a very strong member of APC and I came today to formally tell our chairman and to speak to Nigerians, in particular, the electorate in Bayelsa that all of them should vote for APC regardless of what happens in the court case in which judgment is slated for Nov. 14, 2019,” the former minister said in Abuja after a courtesy visit to the national Chairman of APC, Adams Oshiomhole.

“I told my supporters even before I came here that no matter what happened, I will remain in APC, having served as a minister under this administration.

“There is no way the outcome of the governorship primaries will make me leave APC. We are working and campaigning at different levels.

“I always advise that anybody that is grieved, the only place to go is the court.

“So, whatever happens in the matter that is pending in court will not be an infraction on any part of our party’s constitution,” Lokpobiri had said.

The court’s decision has only compounded matters for the APC in the oil rich state.

On Tuesday, November 12, a Federal High Court in Abuja disqualified Biobarakuma Degi-Eremienyo, Lyon’s running mate, from participating in the election for providing conflicting information on the documents he submitted to the electoral umpire.

Senator Douye Diri, candidate of the People’s Democratic Party (PDP) in the election, stands to benefit the most from APC’s exclusion from the race.

Nigeria’s governing APC is also grappling with internal crisis in Edo, home of its national chairman.

“Dear Nigerians, from next week we will face the Senate and all the enemies of Nigeria” – Deji Adeyanju