The funeral details for the Synagogue Church of All Nations’ founder Prophet T.B. Joshua, who died on June 5, have been revealed, according to NEWS DIRECT.

Joshua’s funeral, as previously stated, will take place over the course of a week, from July 5 to 11.

Media mogul Dele Momodu, a friend of the late clergyman, posted a picture to Instagram on Friday night showing details of the funeral as released by the church.

On July 5, a candlelight procession will be held. A tribute service and service of songs/all night praise will be held on July 6 and 7.

Joshua will lie in state on July 8. The funeral service and interment will hold the following day, July 9.

The funeral will be rounded off with a thanksgiving service on July 11.

The week-long programme will be broadcast live on Emmanuel TV.

The church had earlier said Joshua would be buried at the church contrary to wishes by the traditional rulers in Arigidi Akoko, the prophet’s hometown in Ondo.

It also assured its members that worship will not stop at the church following shutdown since Joshua’s demise. 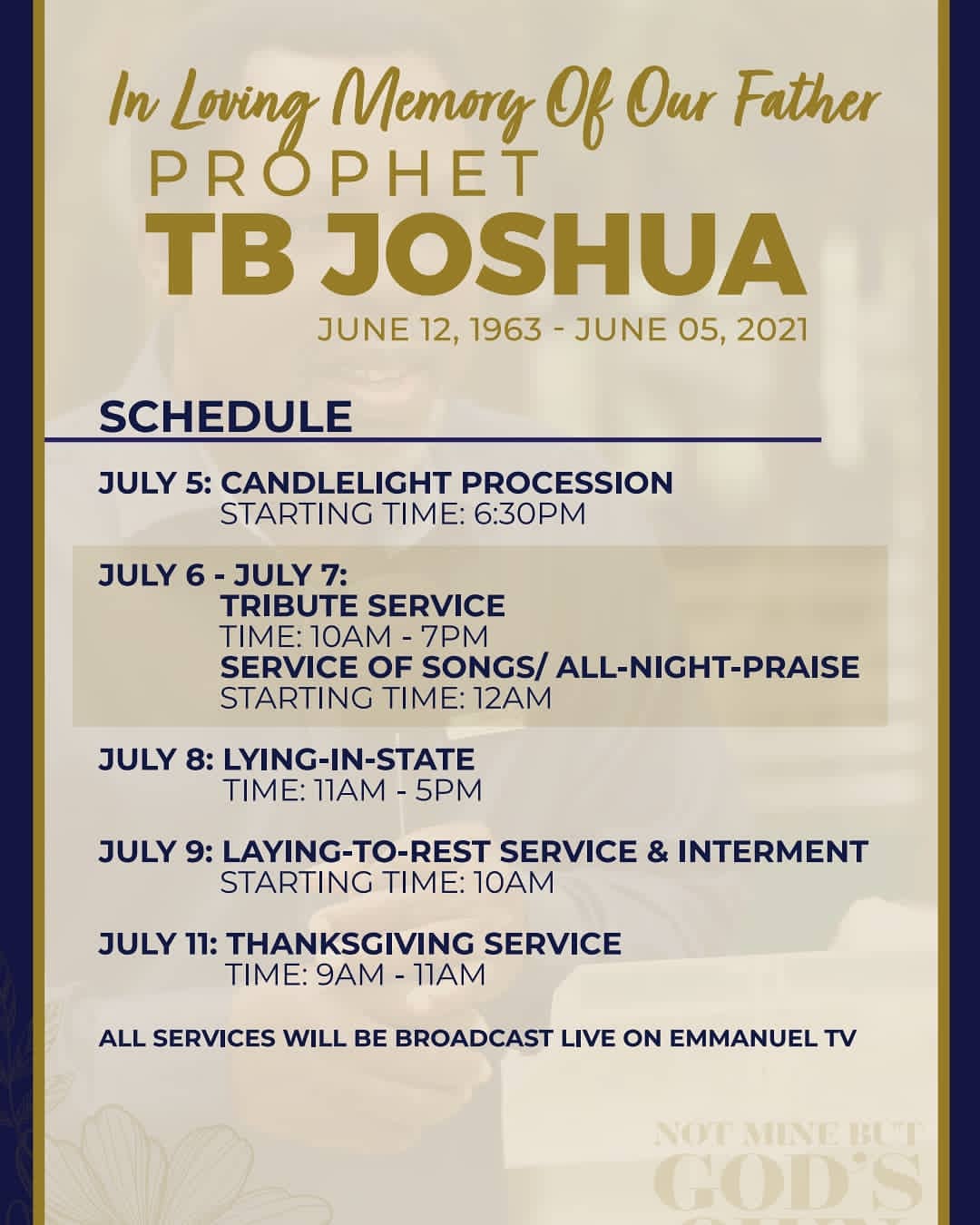 New Drug War Will Be Deadlier Than Fight Against Insurgency – Buhari

Featured Posts
2023: Talks Are Ongoing For Kwankwaso To Step Down For Atiku — Northern Leaders
45 mins ago