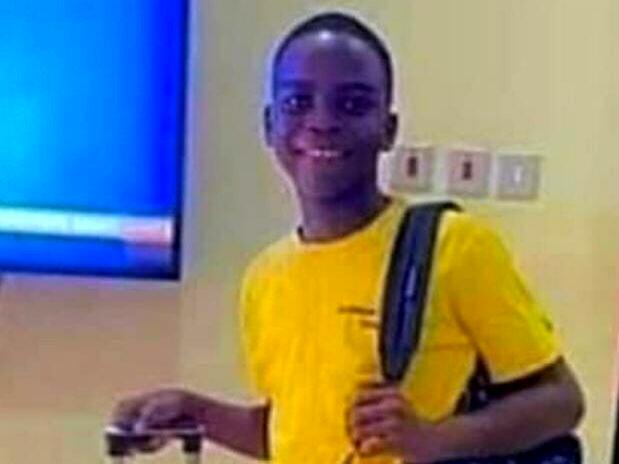 The autopsy report conducted on the corpse of late Sylvester Oromoni, alleged victim of bullying, at the Dowen College, Lagos, is out. The report however according to The Vanguard exonerated the school’s House Master and other students arrested in connection with the alleged murder.

Consequently, the suspects who have been in Police custody at the State Criminal Investigation and Intelligence Department, Yaba, for over three weeks, were released last week Thursday, on bail.

It would be recalled that the deceased, who was a Junior Secondary School 2 student of the school and a boarder, was rushed to his parents home in Warri, Delta State two months ago, owing to some injuries he sustained while playing football, according to the school. But his parents faulted the school’s claim, disclosing rather, that their son revealed that the injuries were inflicted on him by some senior students who wanted to force him to join their cult group.

Late Sylvester, died few days before he would be 12 years old, from internal injuries which included kidney enlargement.

In the course of investigation into the alleged murder, the Commissioner of Police, Lagos State Police Command, Hakeem Odumosu, revealed that the autopsy report released did not show that late Sylvester was murdered.

He was, however, quick to add that investigation was still ongoing, part of which was the toxicology test that needed to be conducted on the corpse.

Shedding more light on the investigation, Odumosu, said, ” We are not at the peak yet. But we have done our investigation and have sent the report to the Directorate of Public Prosecution, DPP for legal advise on those arrested and DPP has replied.

We have gone through the medical aspect which is the post mortem.

Post mortem was carried out in Delta and Lagos states. The first one done in Delta State was only witnessed by parents of the deceased.

“But after I held a meeting with the parties concerned, at the instance and directive of Governor Babajide Sanwo-Olu and my Inspector- General of Police, IGP Alkali Usman Baba, the second post mortem was carried out in Lagos.

“The corpse was brought from Delta State to Lagos, where the Post mortem was carried out with all the parties involved , that is : parents of the deceased, parents of the students accused, the school authority and government. These were the four parties that witnessed the post mortem. And the result is out.

“The report of the Post Mortem did not bring out the issue of murder on anybody.

“Besides the result of the autopsy, the court order that we got has elapsed and we have released the house master and others on bail, because there was nothing that indicted them of murder.

“It is only a murder case that is not bailable. Every other offences are bailable. They have been in custody for more than twenty days and that is infringing on their fundamental human rights. Since medical and legal reports have not indicted them so far, I think there is need to allow them have their freedom because bail is not the end of the case.

“Another forensic test known as toxicology , will be carried out on the corpse”Odumosu informed

By the way, the Toxicology test is to determine the concoction that was allegedly forced into the deceased mouth which peeled his lips. The test according to Odumosu, would be conducted abroad.

He explained that “Toxicology test was being done in Nigeria before, precisely at the Lagos State medical facility in Lagos Island. But after the EndASRS crisis, it is conducted outside the country.

“Until that one is effectively done, we won’t know the final report. But with the interim report, nothing showed murder”, AIG Odumosu stated.