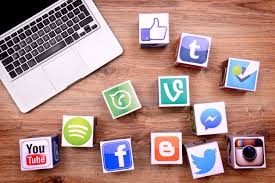 Nigerians spend more time on social media than citizens of most countries, according to a survey conducted by Global Web Index, a market research company.

Nigeria is followed by Mexico whose citizens spend three hours 10 minutes, then Turkey with an average of three hours five minutes.

The high level of social media engagements in these countries could be as a result of the youthful population and the younger demographics of the markets. 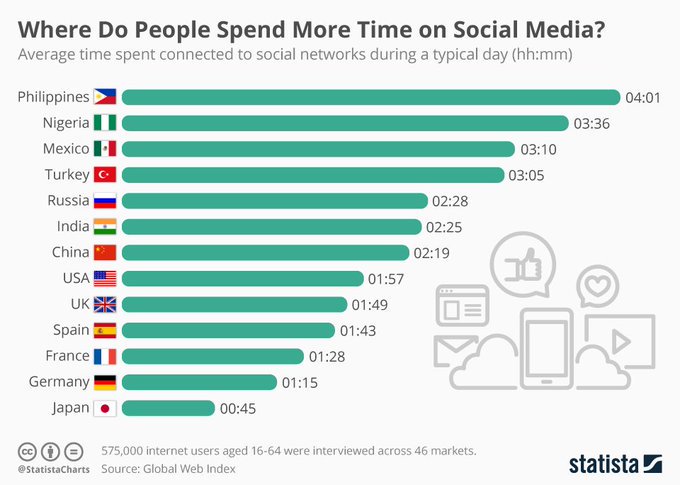 In Nigeria, the unemployment rate might have also contributed to the high social media engagement, as Nigerians have sought ways to monetise activities on social media.

Lots of trading activities, such as sales of clothes, shoes, and other items are being carried out on social media. Services such as social media influencing, media commentating, comedy, dance, among others are also being promoted through social media.

There are also people who make money through sharing contents for brands, politicians and companies.

Meanwhile, citizens of Russia, India, and China spend over two hours on social media networks daily, while citizens of the US, UK, Spain, France, and Germany spend over an hour, according to the report.

Japan citizens spend 45 minutes, which is as a result of the low birth rate in the country.

Japan has the highest proportion of older people – or those aged 65 and over – in the world, followed by Italy, Portugal and Germany.

The survey also showed that social media use shrunk in the first quarter of 2019 when compared with 2018 figures.

We’re under threat of assassination, kidnapping – Rivers lawyers cry out