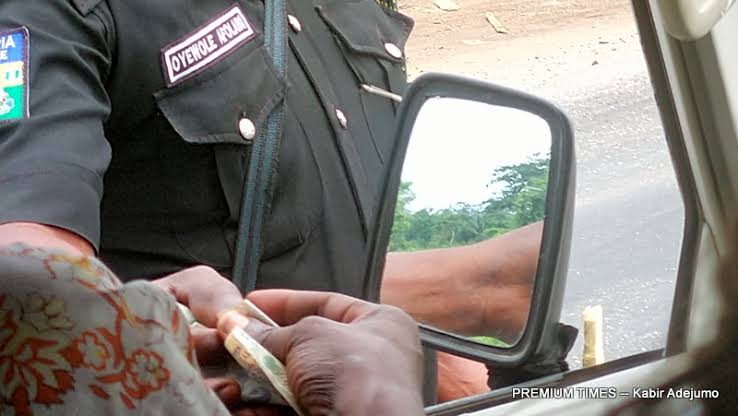 On Tuesday, the Nigerian Police Force and the Federal Road Safety Corps (FRSC) asked Nigerians to refrain from bribing their policemen.

They also advised citizens to report any police who demanded a bribe.

The two agencies were among participants at a one-day virtual stakeholder dialogue on “effective and sustainable strategies for curbing retail corruption” organised by the Presidential Advisory Committee against Corruption (PACAC).

Citizens, according to PACAC Executive Secretary Prof Sadiq Radda, play a crucial role in reducing petty (retail) corruption, the majority of which takes the form of bribery.

He believes that retail corruption may be eliminated if citizens follow the law and follow the norms, as well as when institutions perform well.

“Cutting corners is why we have retail corruption. There are processes for getting things done. We should have respect for process and procedures,” he said.

Radda advocated for the use of technology to automate operations that are vulnerable to fraud.

He went on to say that government agencies have a responsibility to provide quality and efficient service delivery so that ordinary Nigerians do not have to cut corners or become upset.

“The X-Squad monitors unethical conduct. Citizens can approach the squad with information.

“The IG Monitoring Unit also conducts sting operations and arrests officers in the field and makes recoveries. Citizens must provide support through evidence.

“Citizens should stop the act of offering bribe and gratification, which is a crime under the Criminal Code,” he said.

He remarked, “Citizens should quit offering bribes and gratification, which is a felony under the Criminal Code.”

Ntukidem Godwin, a senior FRSC official, said the Corps has used body cameras to monitor officers’ field actions in the Federal Capital Territory (FCT), with plans to replicate the system in other states.

Nigerians who follow traffic regulations, he claims, have no reason to pay bribes to police officers.

“Don’t commit traffic violations and don’t offer our officers bribe. Don’t tempt us with bribe so that we can let you go,” he said.

Godwin went on to say that some people who file reports don’t always provide evidence, making it tough to punish bad cops.

The occasion featured a keynote lecture by Prof Bolaji Owasanoye (SAN), chairman of the Independent Corrupt Practices and Other Related Offences Commission (ICPC), who was represented by Dr Chris Chinda.

Senator Suleiman Abdul Kwari, chairman of the Senate Anti-Corruption and Financial Crimes Committee, was represented by his advisor Ashley Emenike.

Abiodun Aikhomu of the Attorney-Office, General’s Usman Dakinviri of the Nigeria Customs Service, and Debo Adeniran, Executive Chairman of the Centre for Anti-Corruption and Open Leadership (CACOL), were among the other speakers.

Buhari Told To Apologise For Killing El-Zakzaky’s Six Children, Detaining Him For 6 Years