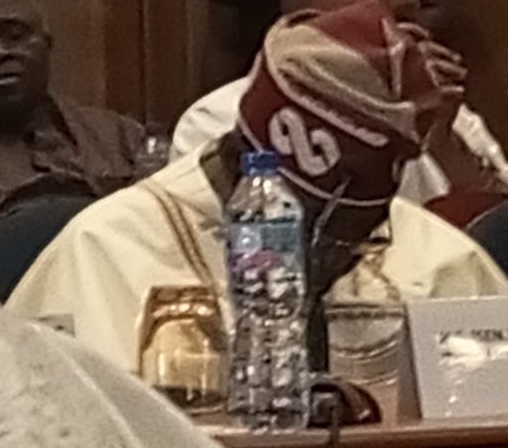 Tinubu and Sowore were among those who attended the meeting that the National Peace Committee under the leadership of Gen Abdulsalami Abubakar (rtd) organised in Abuja on Friday.

According to Abdulsalami, the meeting was organised to ensure proper conduct of the candidates, their parties and other stakeholders, especially during the campaigns ahead of the elections.

Hours after the meeting ended, Sowore tweeted that Tinubu made no contribution.

“We just returned from a meeting of party leaders/Presidential candidates with the national peace committee in Abuja, the Presidential candidate of The ⁦@OfficialAPCNg⁩ ⁦@officialABAT⁩ slept through the meeting, he didn’t say a word. His party chair spoke on his behalf,” Sowore tweeted.

News Direct had earlier reported how Sowore created a scene by protesting over the sitting arrangement, threatening to walk out on the committee and other candidates.

“The sitting arrangement should have been alphabetical, I note that this same thing happened at the ICC during the signing of the peace accord and this is not fair,” he had said.

Gen. Abdulsalami who assured that his position was noted, however said that Sowore could leave if he was not still satisfied.

BREAKING: Ekweremadu To Appear In UK Court Tuesday After 223-Day Detention
1 hour ago