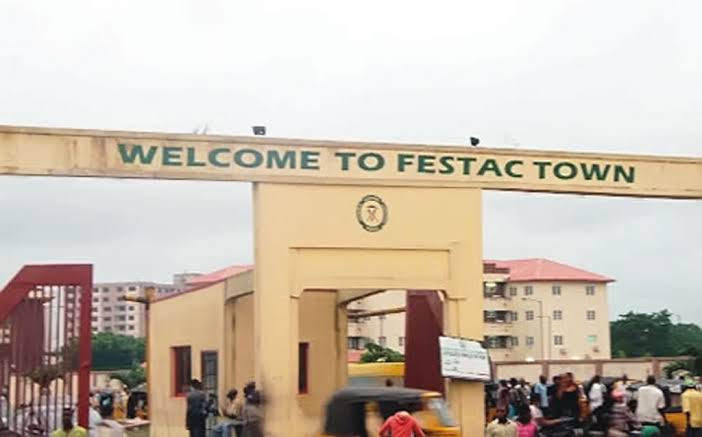 Sunday Emmanuel, a trader, was killed after a suspected sex worker, Precious, allegedly sliced his stomach with a sword in FESTAC Town in Lagos State’s Amuwo-Odofin Local Government Area.

According to reports, Emmanuel ran a makeshift bar on First Avenue where he sold alcoholic drinks.

During a Monday visit to the area, our correspondent discovered that Precious frequented the area at unusual hours in search of customers.

An argument broke out between her and Emmanuel around 4 a.m. on Wednesday, September 1, 2021, according to a car marketer who only goes by the name Buchi.

According to Buchi, the argument escalated into a brawl, with Precious pulling out a blade and slitting the 32-year-stomach. old’s

He said, “After perpetrating the crime, she boarded a motorcycle to escape. The guy who was attacked ran after her, but the injuries made him fall and he died because his intestines came out.

“People thought she had escaped. But the motorcyclist, who witnessed the attack on Emmanuel, rode her to the FESTAC Police Station and handed her over to a policeman. I don’t know what caused the fight between her and the man.”

The Manager of De Haven Hotel, who identified himself only as Mr Lucky, told our correspondent that the motorcyclist informed him about the incident.

He said, “After he told me, I stepped out and saw a lot of people at the scene, which is opposite our hotel. The motorcyclist informed me because he knew the police might want to hold the hotel responsible for the death. He also wanted me to ensure that the police treated the case properly.

“When I got to the station, I saw the girl; she is a sex worker, and was not remorseful about what she did. Even when she was handcuffed, she was still not remorseful, until when they were transferring the case and she was told that she might never come back.

“The incident did not happen in the hotel, but opposite the hotel and my only saving grace was the motorcyclist who took her to the station and informed me. I learnt that she was taken to the State Criminal Investigation and Intelligence Department, Yaba.”

The state Police Public Relations Officer, CSP Adekunle Ajisebutu, said he was going to get back to our correspondent after getting the details of the incident.

He had yet to do so as of the time of filing this report.