Unknown assailants robbed and attacked three Algerian journalists who were covering the African Cup of Nations in Cameroon (AFCON).

The journalists were attacked on Sunday night as they were leaving their hotel in Douala in a group with other colleagues.

A suitcase holding money, a phone, and a computer were among the items carried away.

According to an Algerian news site, one of the three journalists who were stabbed is an Algerian Press Service (APS) special envoy.

“CAF is liaising with local government authorities to understand the details of the incident as this is now a police investigation.

“We are also reaching out to the three journalists and wish them speedy recovery. For now, we will await a detailed report of what transpired.

“The safety of each and every individual attending the TotalEnergies Africa Cup of Nations is a priority for CAF and also our partners, the Cameroon government,” the medium stated.

Don’t Contest For President, Age No Longer On Your Side — Ohanaeze Chief Warns Tinubu, Atiku, Osinbajo 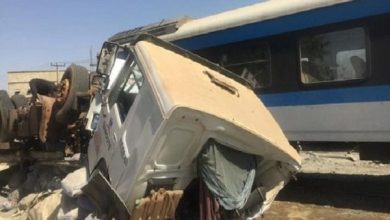 Many Injured As Train Crashes Into Dangote Truck, Tricycle In Kano