According to the FRSC, speeding accounted for almost 77 percent of road crashes in Ogun State in 2021 as a result of human error.

Over 300 people were killed, and over 1200 people were injured in incidents involving over 200 automobiles, according to reports.

Florence Okpe, a spokesman for the Ogun FRSC, said reports revealed that Sienna vehicles were involved in a significant number of crashes, adding that “speed accounted for almost 80% of crashes involving this category of vehicle.”

The FRSC’s Ogun State Sector Command has announced intentions to “install Radar Guns for speed detection and control” in order to stop the tide.

The traffic regulating body stated that it is prepared to continue enforcing the installation of Speed Limiting Devices in commercial vehicles in general, and Sienna vehicles in particular, which Okpe claims have a high rate of crash participation.

“The enforcement which is scheduled to take effect as soon as possible will be collaboratively carried with other sister agencies like the Nigerian Army, Police etc.

“The operations is scheduled to hold across the state especially the major corridors. Radar guns will be used to check the speed of vehicles and detect any erring motorists.

“However, commercial motorists, especially owners of Sienna vehicles are hereby advised to install speed limiting device in their vehicles and be law-abiding and desist from acts that can pose as threats to them and other road users, as life has no duplicate,” Okpe said in a statement made available to DAILY POST on Sunday. 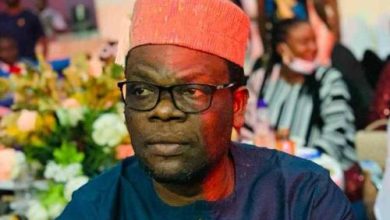 Agidigbo FM Reacts To Arrest Of Oriyomi Hamzat, States How Station’s Managing Director Was Whisked From Oyo To Abuja