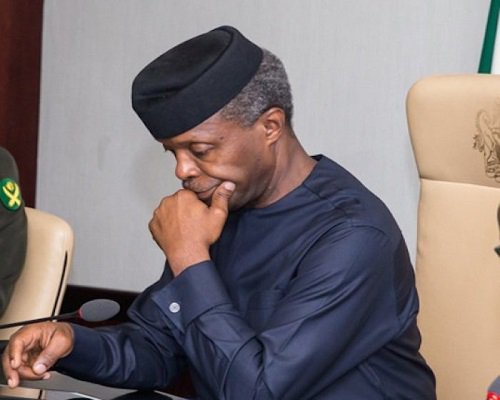 A chieftain of the Yoruba apex socio-cultural group, Afenifere, Ayo Adebanjo has said the constitutional crisis in Nigeria and the imbalance in the polity are the main cause of agitation for a break-up by different groups in the country.

Concise News learned that the lawyer and elder statesman said that it would be better if the country breaks up since the leaders refuse to restructure it.

According to Adebanjo, he said, “I have no objection to breaking up. People are talking of breaking up because the term of coming together has been abrogated by the northern Muslims who are dominating us,” he was quoted by Sun.

“This is why the young elements, extremists in the South- East, South-South, South –West and the Middle Belt are yearning for break-up just because of their refusal to yield to our demand of peaceful co-existence.”

On the recently reported crisis in the Presidency and the news of Vice president, Prof Yemi Osinbajo falling out of favour with President Muhammadu Buhari, the elder statesman blamed the constitution for the President’s action.

He said, “It is just what I have said earlier. They are the people who aided and abetted the implementation of the wrong constitution because they give them the crumbs of the power. It is this constitution that empowers the president to make the vice president a market master. Whatever you are doing, the bottom line is the constitution.

“I have said it several times and I’m repeating it, we said it should be changed, but you say, no. This is not the constitution the founding fathers of the nation gave us.

“I say it again, the constitution that Azikiwe, Awolowo and Ahmadu Bello gave us is what we want to return to, and I have challenged him whether he is more intelligent than Sardauna, but he has not answered.

“Is he telling us that the constitution that Sardauna gave us is a wrong constitution, Sardauna was not as intelligent as he is now; or he is a more northerner than former premier or a more Muslim than the late premier?

“It was the constitution that they all agreed to live in peace and that was after a crisis in the country, leading the colonial office to draw all the leaders to London.”