The Special Counsel to Nnamdi Kanu, leader of the Indigenous People of Biafra, IPOB, Aloy Ejimakor, has given reasons for the persistent insecurity in the southeast.

Ejimakor said the perceived injustice meted on the southeast is responsible for the persistent insecurity in the region.

He lamented that people of the southeast are being blamed for insecurity incidents.

Ejimakor disclosed this in a statement he signed and issued on Monday.

According to Ejimakor: “Before post-colonial Nigeria lapsed into its current unitary state, while still passing off as a federation, regional security was largely within the purview of the respective regions, not the federal government. And it worked pretty well.

“This basic arrangement was not by chance but by well-considered design. Despite their many failings, Nigeria’s indigenous founding fathers and the departing British colonists knew too well that you cannot secure a people within their region without their participation. Even the mighty British empire knew that it couldn’t secure colonial Nigeria without the participation of Nigerians in vast numbers.

“In a diverse federation of equals (or even near-equals or unequal), Northern Nigerians shouldn’t be the ones exclusively or dominantly securing Western or Eastern Nigeria, and vice versa. When you do that, it becomes counter-intuitive to security and begins to look like belligerent occupation or conquest. It also destroys the neutrality of the security personnel, and engenders ethnic profiling and extrajudicial killings.

“Truth be told, massacres won’t happen if there’s no premeditation, driven by sectarian impulses and lack of compatriot empathy customarily exhibited by some security personnel when it comes to law enforcement outside their regions, even when the targets of such law enforcement are unarmed and amenable to arrest.

“The inherent dangers of an imbalanced security leadership and formations is the main reason the framers of the 1999 Constitution enacted Section 217(3) of the Constitution, which roughly states that ‘the composition of the officer corps and other ranks of the Armed Forces of the Federation shall reflect the federal character of Nigeria’.

“In plain terms, it means that no region or tribe shall be markedly excluded from securing Nigeria or any part thereof, especially its own part. But today, the opposite is the case as Southeast officers and ranks are significantly redlined from all critical security formations, particularly the ones based in the Southeast. It makes no sense and it is unconstitutional to boot.

“Still, for the same reason of sectional balance, Section 14(3) of the same 1999 Constitution provides that, ‘the composition of the Government of the Federation or any of its agencies shall ensure that there shall be no predominance of persons from a few States or from a few ethnic or other sectional groups in that Government or any of its agencies’.

“This means that the Southeast shall be equal partakers in the opportunities of the Nigerian enterprise. But it is not and uniquely so. To be sure, there’s no better contradiction to the oneness of Nigeria than this profound injustice that appears to have become the norm and has persisted since 2015.

“And this: Southeast being continually absent from the table partly explains why each time the witch cries at night in the Southeast and the baby dies in the morning, the authorities jump to conclusions that it’s the witch that killed the baby.

“In other words, almost every incidence of insecurity, including by State actors and others, ends up being blamed on the people of the Southeast, such that they are now left with no other option than rampant resentment, widespread alienation and popular agitation.” 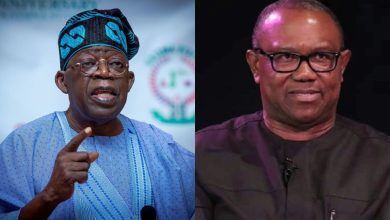 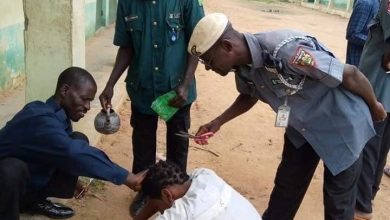 Peter Obi Has The Right To Contest, Power Must Return To The South – Akeredolu
4 hours ago

JUST IN: Police accuse army of lying over killing of officer by soldiers in Lagos
4 hours ago