Foremost Presidential aspirant of the People’s Democratic Party (PDP), Rt. Hon. Aminu Waziri Tambuwal has urged the party to aggregate its acts and move towards coming up with a presidential candidate that Nigerians will buy into and elect during the 2023 election.

And, according to him, he foots the bill of the modest list of what is required to lead the country. 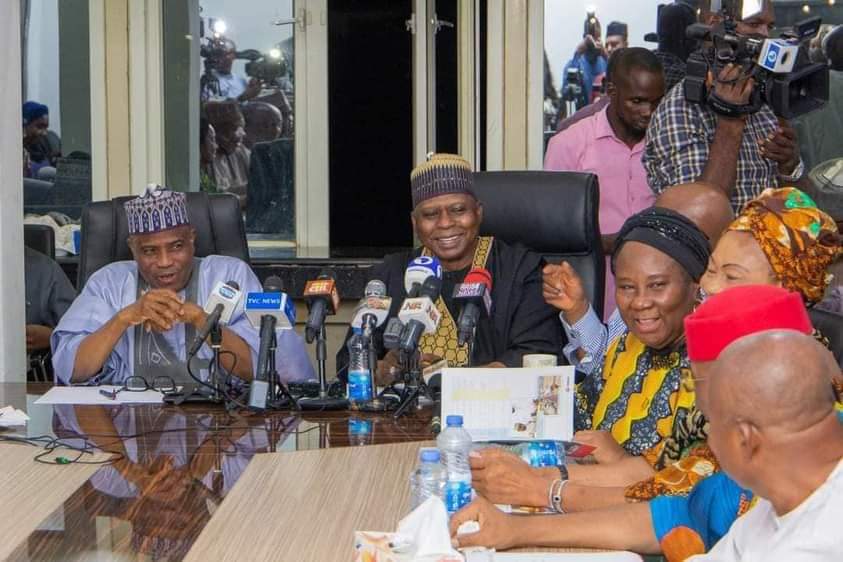 Tambuwal made the appeal and submitted his capabilities Wednesday evening when he had an interactive meeting with a Forum of former Ministers of the Federal Republic of Nigeria under the platform of the PDP at Asokoro, Abuja.

“What is key for PDP is a candidate that we can all work to sale together and win this election, not where the person is coming from,” the Governor of Sokoto told the former leaders of the country.

Explaining that his quest for the topmost job in the country is driven by altruism, patriotism and unity of the nation, he said “it is nothing personal. It is all about our country.” 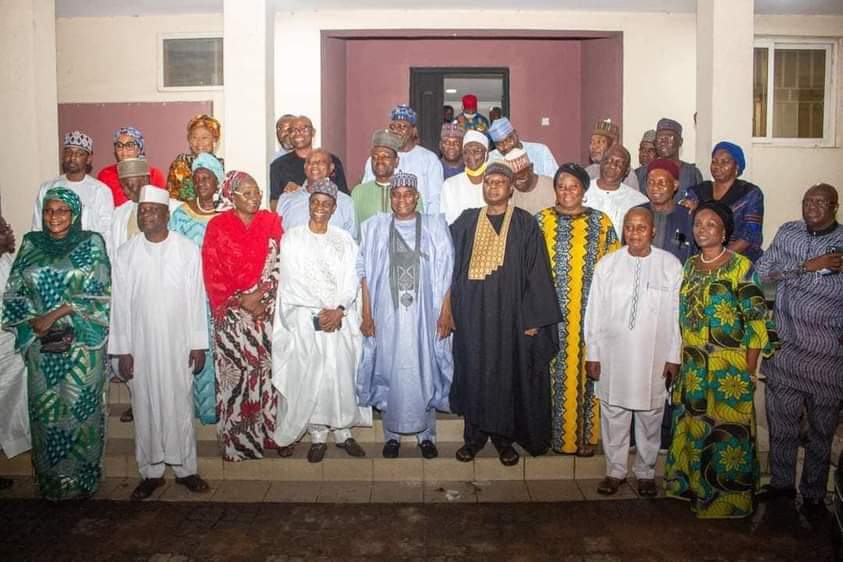 Burnishing his tripodal credentials that cut across the executive, legislature and judiciary, he emphasized that he has a fair understanding of the country, where, unfortunately, “things are now getting bad.”

To remedy the situation, he reiterated the need for the PDP to have a credible candidate like himself “who have done quite a lot in Sokoto, in view of the resources at the administration’s disposal,” enumerating some of these achievements as prompt payment of salary, pension and the overhauling of healthcare delivery, education and more.

“I have an understanding of the Nigerian system today and can be bridge that is all round,” he reassures, pointing out that Nigerians are now “in a ship without a captain and it is clearly sinking.”

He offered that the antidote to this is for the “collective and collectivity of all in the PDP and Nigerians who understand the gravity of what is going on” to come together and salvage the country. This, he opined “can be done only through “processes and conventions that will throw up a credible candidate.”

He said currently, President Muhammadu Buhari does not understand Nigeria because of his clear case of exclusion in the governance of the country, bad economy and insecurity, the latter of which leaves Governors with no option.

“As Governors, we are limited in what can be done. The security architecture is centralized within the purview of the Federal Government,” whereas citizens nocturnally scamper for safety to neighboring countries.

Addressing the issue of his alleged rift with former Presidents Goodluck Jonathan and Muhammadu Buhari, Gov. Tambuwal said his differences with both were misconstrued as personal. “There was nothing personal,” he said, noting that he “had reasons to disagree” with Jonathan; and also “disagreed with PMB from 2018 because of the way he ran and is still running the country.”

“We must not fail our country,” he appealed to the former Ministers under the aegis of the PDP.

Earlier in his remarks, the Chairman of the Ministers’ Forum, Kabiru Tanimu Turaki (SAN), said the group agreed to have this sensitive interactive session with him “because 2023 is a very serious business.”

Turaki, who said the Forum had turned down similar requests from other aspirants, said “there’s a failure of leadership in the country.

He said the ship of state is rudderless with misgovernance, injustice, hunger and many other problems rife. “Never before has Nigeria been so divided,” he added, proffering that the country wants a leader that is a unifier- not too old and too young, cosmopolitan, with listening ears, have respect for other, has ability to aggregate diverse opinions without compromising democracy.

The ex-minister, who applauded the Governor’s political sagacity and administrative prowess, stemming from his experience as former Speaker, most performing Governor and Life Bencher, assured him that if the discussion convinces them, the Forum will throw its weight behind him.

He said the Forum has resolved that after the series of interaction it has had so far, it will meet the party leadership and support any chosen candidate.

‘I found out about the bride price on Monday, I leave them to God’ – May Edochie breaks down, reveals more about Yul Edochie’s betrayal

JUST IN: U. S. Court Postpones Sentencing Of Hushpuppi, For The Second Time
6 hours ago