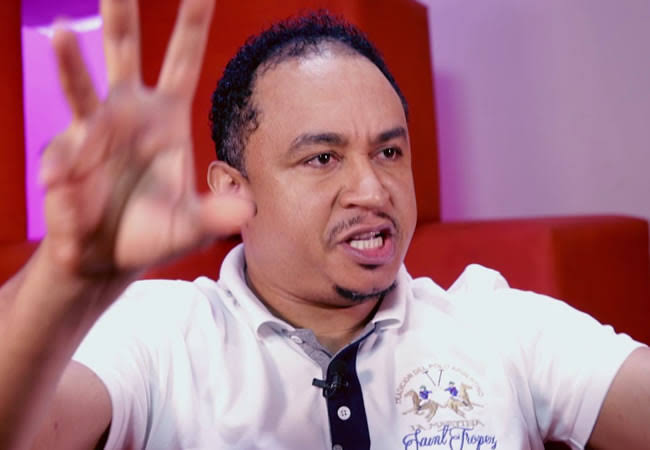 On-Air Personality with a History of Controversy, Ifedayo Olarinde, better known by his stage as Daddy Freeze, believes that praying to Lucifer is more powerful and effective than praying to Jesus Christ.

The controversial OAP, who made the accusations on Instagram, also asserted that “Jesus has no meaning in Hebrew, Aramaic, Greek, Latin, or English,” whereas Lucifer means “light bringer.”

According to him, both the Latin and Greek bibles have well-documented examples of Peter referring to Christ as Lucifer.

“Jesus has no meaning in Hebrew, Aramaic, Greek, Latin or English while Lucifer on the other hand means “light bringer” as used in the original Latin scriptures quoted below, correctly translated from Greek from the Greek word which has 100 percent the exact meaning as Lucifer.

“Below you can see clearly a well documented instance of Peter calling Christ Lucifer in the Latin bible and in the Greek bible.

“The original Greek and Latin bibles were written more than 1,600 years before the grossly erroneous biblical mistranslation called the King James version was declared as the authorized version, he wrote. 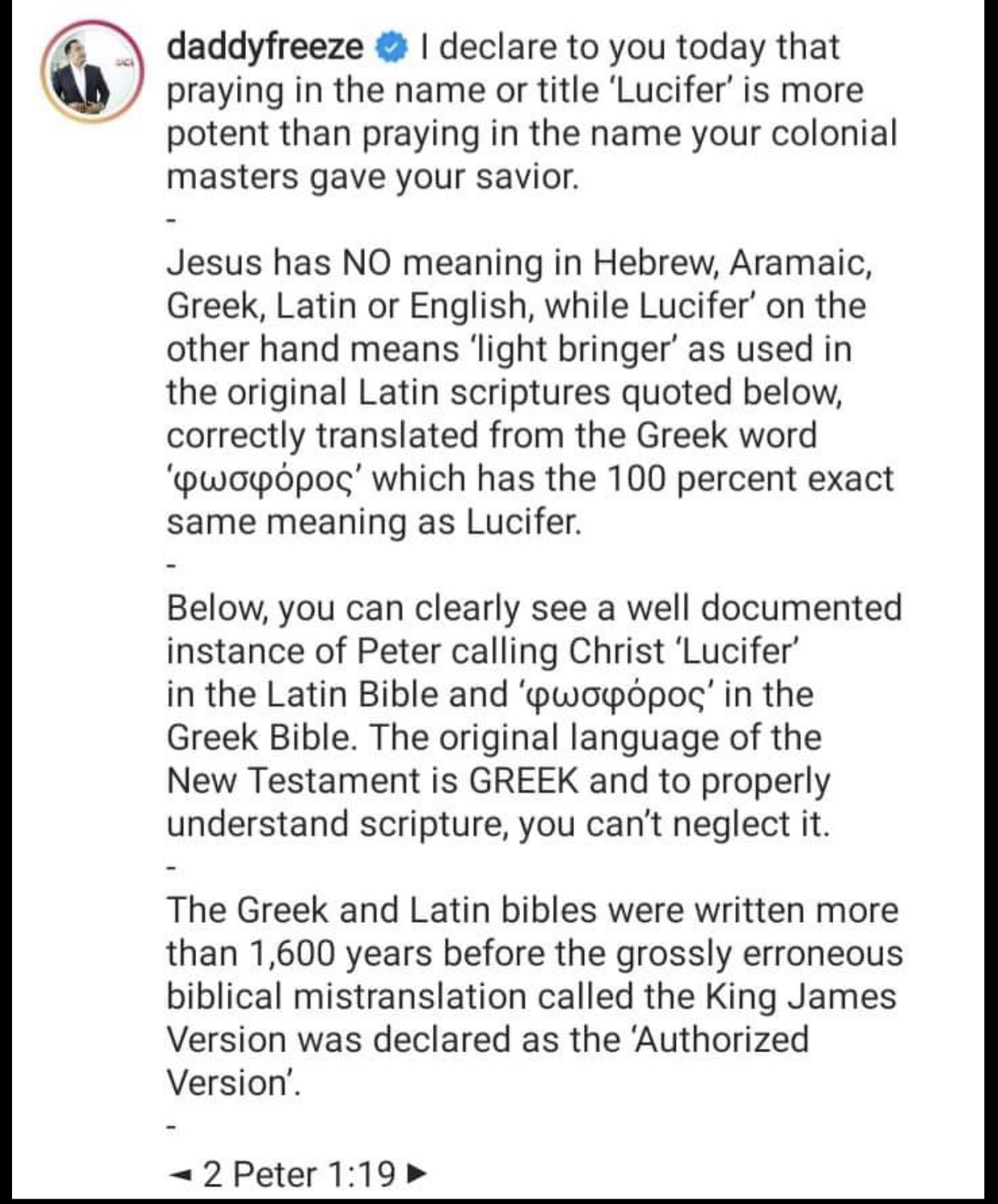 Comedienne Emmanuella Reacts To Rumors Of Being Pregnant (Video)