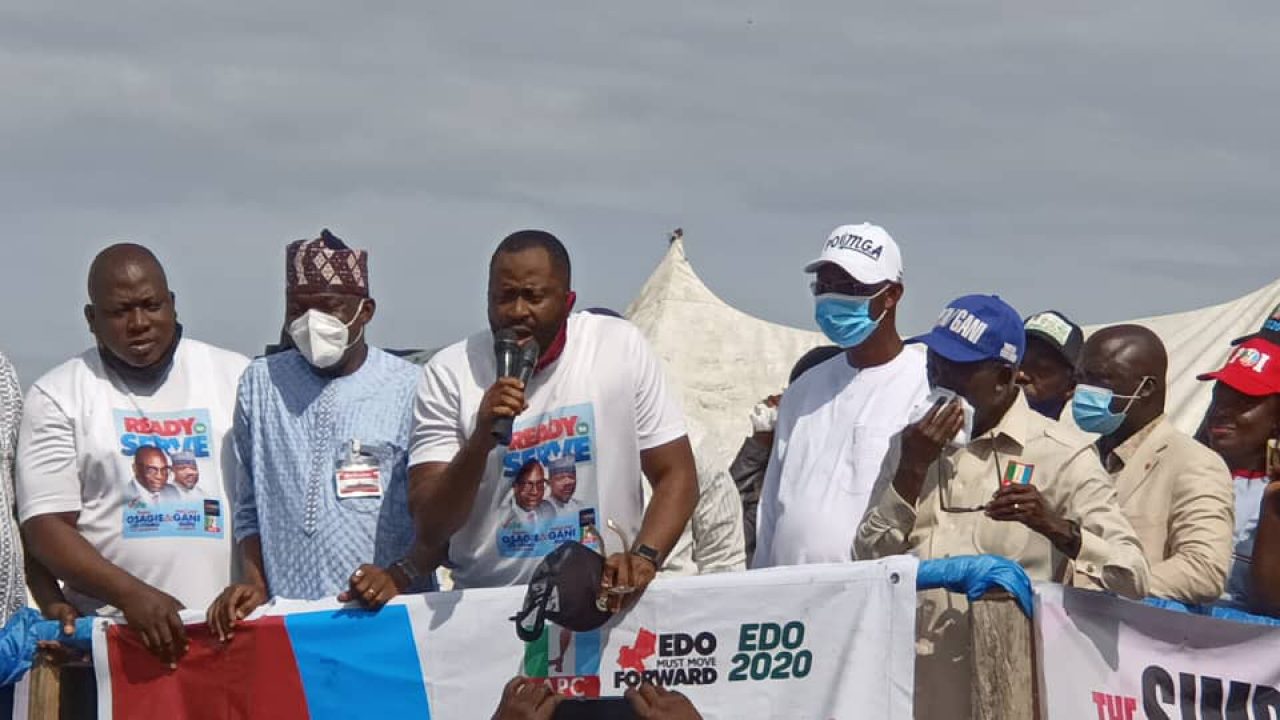 Desmond Elliot, Nigerian actor turned politician, has berated Governor Godwin Obaseki for promoting “Edo no be Lagos” as a campaign strategy for his re-election.

Obaseki began to promote the slogan “Edo no be Lagos” after he dumped the All Progressives Congress to seek re-election on the platform of the People’s Democratic Party.

Prior to his defection, Obaseki met with Tinubu in Lagos to push for his endorsement as automatic candidate ahead of the gubernatorial election in Edo State but the APC leader advised him to go through the direct primaries endorsed by the party.

Obaseki went through the direct primaries and was disqualified by the committee set-up by his estranged godfather and predecessor, Adams Oshiomhole.

However, since his defection to the PDP, Obaseki’s effective campaign strategy to influence Edo State resident to vote for him touches on ending Godfatherism which he claimed was effective in Lagos but won’t be allowed in Edo.

But, Desmond Elliot in an interview on Thursday said the slogan “Edo no be Lagos” is a curse which will be broken by Pastor Ize-Iyamu.

He said: “What do you mean by Edo state cannot be Lagos state. You cannnot say you cant be Lagos State when Lagos State makes an IGR of over 30 billion every month. You can’t hear about unpaid salaries or pension. You see projects coming up, investors and investment coming up, we are the fifth largest economy in Africa. So why will you say Edo can’t be Lagos because you are trying to sell an idea.”

Speeaking on god-fatherism in politics, Desmond Elliot said: “If not for God-fatherism would he (Obaseki) be where he is today.”

Desmond Elliot added that: “A God-father looks after the interest of his people.”

Gana wanted to work for God, be a changed man before he was killed – Widow