Operatives of Nigerian police have reportedly fired teargas to disperse supporters of Asiwaju Bola Tinubu at Eagle Square in Abuja, the venue of the All Progressives Congress (APC) special convention to elect the party’s presidential candidate for the 2023 general elections 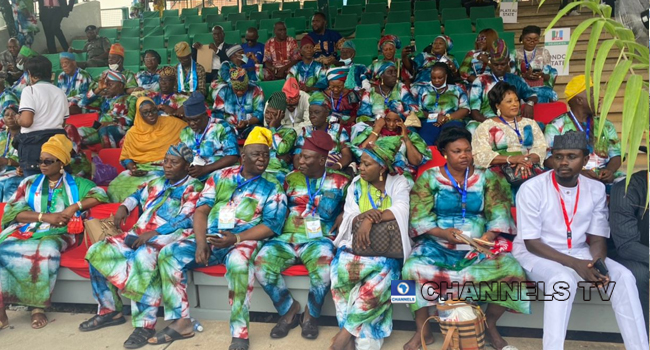 According to Saharareporters, the police denied the supporters entry into the venue but they insisted they must be allowed in.

This led to a face-off with the security operatives who dispersed them with teargas.

The run-up to the APC special convention, which is billed to run till Wednesday, had been marred by intrigues over the zoning of the presidential ticket and consensus candidacy.

Moves by some party members, including President Muhammadu Buhari to ensure the emergence of a consensus candidate from among the array of aspirants were unsuccessful.

On Saturday, the president held a meeting with the aspirants during which he asked them to chose a consensus candidate among themselves.

On Monday, Senate President Ahmed Lawan was announced as the consensus candidate by the party’s national chairman, Senator Abdullahi Adamu.

A few hours later, Northern governors elected on the platform of the APC met with Buhari and insisted that the presidency should go to the South.

The governors also forwarded five names which has now been trimmed to three for the President to pick his consensus candidate.