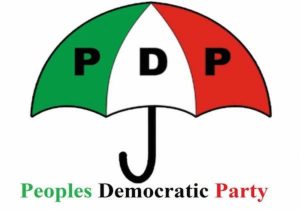 No amount of intimidation, harassment, or the deployment of anti-graft agencies, according to Kola Ologbondiyan, the party’s National Publicity Secretary, can force the PDP cede or relinquish the mandate already granted to it by Nigerians in 2023.

The PDP said the APC is aware that it has been rejected by Nigerians having failed woefully and that there is no way it can win elections under any condition.

He said, the APC seeks to use the state apparatus of power to decimate and muzzle opposition and dissenting voices, foist an anti-democratic situation on Nigerians.

“Part of this heinous plot by the APC is to use the EFCC to bully, harass and hound PDP leaders, who are rallying Nigerians for the task ahead, with a view to coercing them to abdicate the mandate of the people and join the APC.

“This explains why the EFCC and other security agencies have been harassing PDP leaders such as former Senate President Bukola Saraki, former PDP state governors, including the former governor of Abia State, Senator Theodore Orji, former governor of Bayelsa State, Seriake Dickson, his Kano State counterpart, Senator Rabiu Kwankwaso and other key PDP leaders, on trump up charges. Their counterparts in the APC with similar allegations as well as others who had defected to the APC are moving around freely.” The statement said.