Pastor Ofure Rey Siakpere, a preacher, will now spend the rest of his life in prison after rapping and impregnating his wife’s 14-year-old sister in Lagos State.

Pastor Siakpere, 38, was sentenced to life in prison without the possibility of a fine by an Ikeja Domestic Violence and Sexual Offences Court on Wednesday, January 19, 2022, according to P.M.EXPRESS.

When he was 35 years old and lived with the victim, the crime occurred in March 2018 at his house on No. 10, Salaudeen Imam Street in Lagos. He allegedly took advantage of her being under his roof by rapping her multiple times, resulting in pregnancy and the whole thing being exposed.

He was detained when the abuses were reported to the police. His wife stood by him when he was taken for questioning, claiming that her husband could not have done such a thing as a Pastor.

The victim, on the other hand, was adamant and recounted the events to witnesses. The Police judged him guilty after a thorough interview and charged him in court for the claimed infraction under Lagos State Laws.

The woman testified in court that Pastor Siakpere, who is married to her aunt, overpowered and defiled her at least 15 times.

Pastor Ofure Siakpere, who may potentially spend the rest of his life in prison, was a frequent Twitter user before being accused with rape and imprisoned.

His Twitter bio expresses his devotion to God, with the hashtag #God-fearingteam and the words “Jesus Christ” prominently displayed.

Despite the victim’s evidence, the felon and his wife refuted her claims in court, and the culprit maintained his innocence.

However, the Presiding Judge, Honorable Justice Abiola Soladoye, found that the prosecution had established their case beyond a reasonable doubt by calling witnesses who delivered “compelling and convincing” testimony.

Aside from being sentenced to life in jail without the possibility of a fine, the convict’s name will be entered into the Lagos State Government’s Sex Offenders Register. 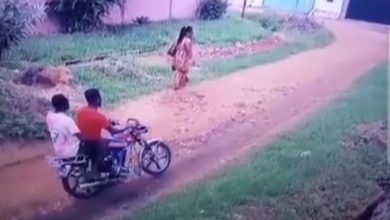 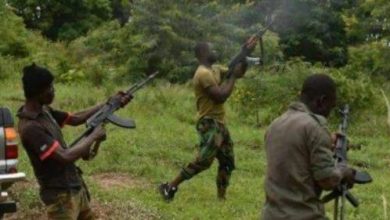