There is apprehension in Imo State as many residents of Owerri in Imo State have stayed behind closed doors due to the heavy military presence that accompanied President Muhammadu Buhari to the state. 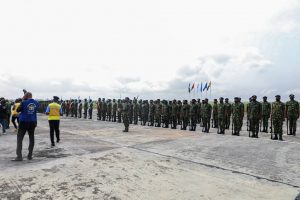 Buhari arrived at the Sam Mbakwe International Airport, Ngor-Okpala, on Thursday, dressed in the traditional Isi Agu Igbo attire, and was welcomed by some of the elders in the state. 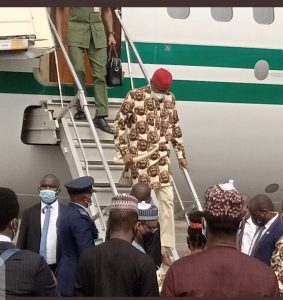 News Direct had on Saturday reported that the Imo State Governor, Hope Uzodinma, disclosed that President Buhari would visit the state on Thursday.

The governor had disclosed this at the Sam Mbakwe International Cargo Airport in Owerri.

Uzodinma had stated that his trip to Abuja was to “address some political matters and some critical issues.”

Uzodinma had announced that the President would inaugurate “significant projects” while in Imo.

“Imo has been able to attract additional support from Mr President on the management of some ecological problems in the state,” he had said.

Residents of the state had, however, told SaharaReporters that the President’s visit has given Imo State an appearance of a war zone with military presence all over the place. 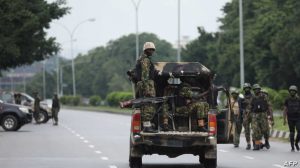 According to them, from the airport at Ngor-Okpala to Owerri, there are armoured personnel carriers, and every other military weapon that can be imagined as members of the Nigerian Army, Air Force, Department of State Services (DSS), Nigeria Security and Civil Defence Corps, police and others flood the streets. 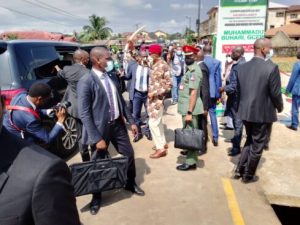 They attributed the heavy military presence to a possible fear by the government that members of the Indigenous People of Biafra (IPOB) may launch an attack during the President’s visit.

“Please, Imo State, particularly Owerri is currently heavily militarised. From the airport at Ngor-Okpala to Owerri, there are armoured personnel carriers, and any other military weapons you can think of. The Army, Air Force, DSS, NSCDC, police all of them are here. 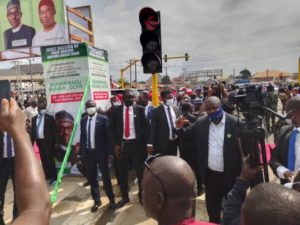 “There is panic so people stayed indoors. There are helicopters hovering above and others moving below. It is like a war zone. With the heavy militarisation, it is obvious the government is scared of IPOB, thinking IPOB members may want to attack.” 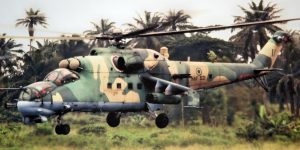 Another resident explained that the people have remained indoors and this has resulted in a scarcity of food items as people are scared to move out of their houses, even to buy basic items.

“Banks, markets, shops and other businesses shut down. It is even difficult for residents to find food to eat. It is akin to the COVID-19 lockdown but now with military barricades everywhere,” the source said.

It was also gathered that journalists trying to cover the inauguration of projects by President Buhari were harassed by some overzealous military men. 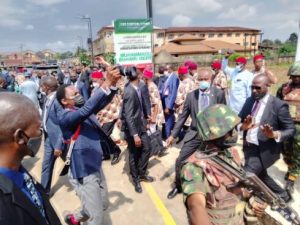