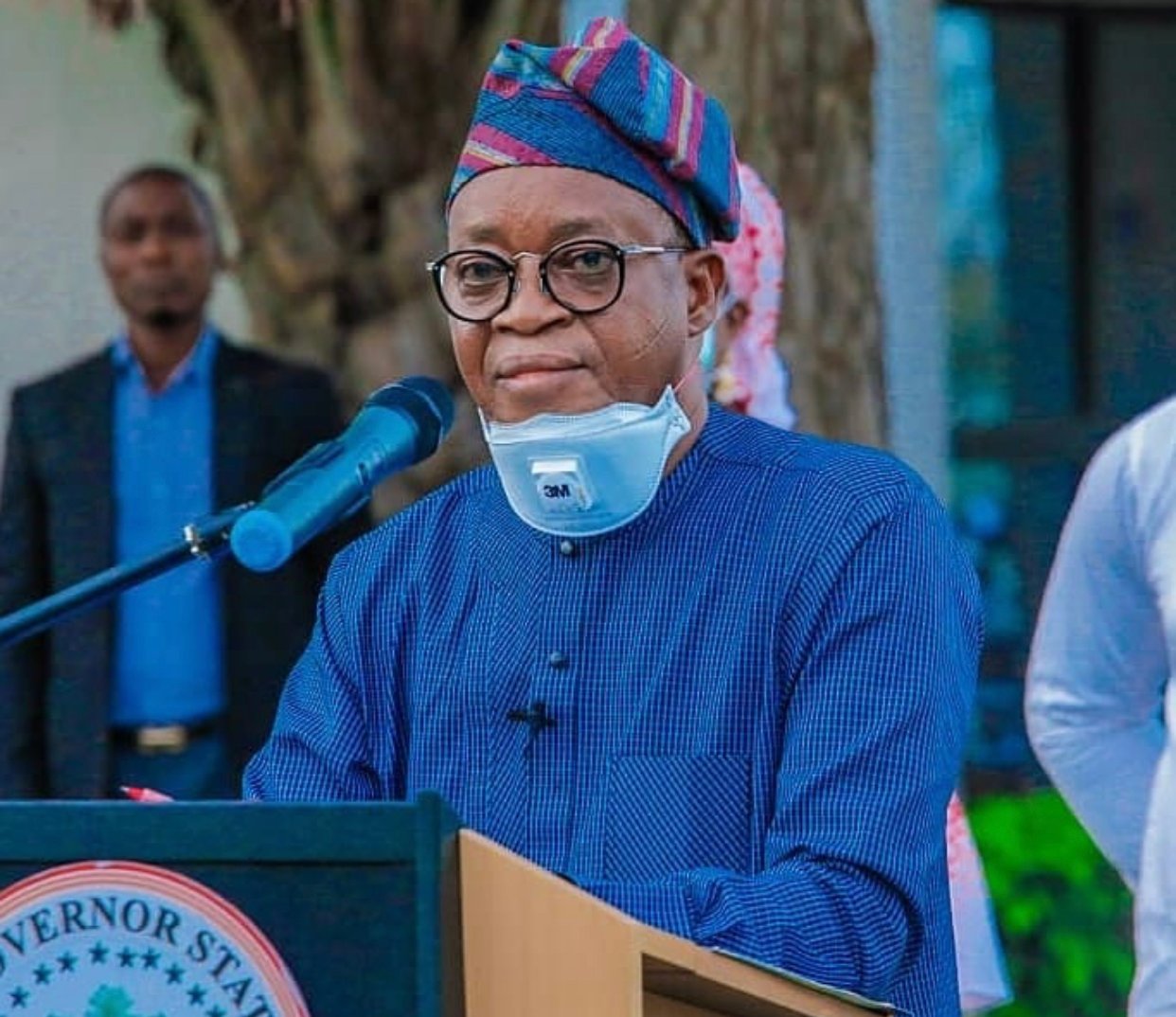 Gboyega Oyetola, the governor of Osun State, paid a visit to the guy who was allegedly shot by police in Osogbo on Tuesday evening on Wednesday.

The victim is being treated at Osun State University Teaching Hospital in Osogbo right now.

As part of his attempts to convey the administration’s sorrow over the heinous tragedy, the Governor also paid a visit to members of the victim’s family.

This comes as the Governor emphasized his administration’s commitment to ensuring the safety of citizens’ lives and property throughout the state.

On Tuesday afternoon, the victim was reportedly injured by a stray bullet after a police officer allegedly shot to disperse people at a traffic incident in the Oke-Onitea district of Osogbo.

Following this, the victim was transported to the Osun State University Teaching Hospital’s Intensive Care Unit in Osogbo.

Governor Oyetola expressed his happiness at the fact that the victim has been responding to therapy while assessing the victim’s health.

The Governor, who was accompanied by his Special Adviser on Works and Transport, Engr. Hussein Olatoke Olaniyan, and his Special Adviser on Security, Mrs. Abiodun Ige, as well as the State Commissioner of Police, Mr. Olawale Olokode, stated that no effort would be spared to ensure adequate treatment for the victim, with the government willing to foot the medical bills.

Prof. Peter Babatunde Olaitan, Chief Medical Director, UNIOSUN Teaching Hospital, Osogbo, stated the patient was in a stable condition while showing the government delegation through the facilities committed to saving the patient’s life.

“Thank God, he is responding to treatment,” he stated, adding that the patient had had essential surgery to stabilize his health situation.

Other operations on the patient will still be performed, according to the hospital’s CMD, in order to fully stabilize and restore his health.

When asked why the sympathy visit was essential, Oyetola said it was necessary to demonstrate the government’s concern for residents’ welfare.

“The unfortunate incident that happened on Tuesday which involved the shooting of one citizen of the State was seen as a very serious development.

“We have gone to visit and sympathise with the relatives of the victim, starting from Aragbiji of Iragbiji, who is an uncle to the victim and also to other members of the family of the victim, particularly his father.

“We have been praying to God that the victim should survive this and come back to life. The Commissioner of Police has assured us that necessary measures will be taken to avoid a reoccurrence. He has also been directed to get to the root of the incident. Government will foot the medical bills,” Oyetola added.