The Osun State Governor, Mr Adegboyega Oyetola, who is before the Osun State Election Petition Tribunal over the results of the governorship election in the state, has sought the adjournment of the matter. 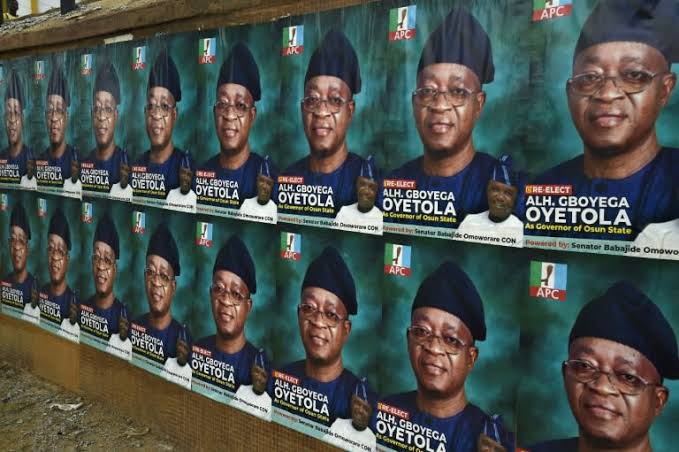 However, the decision to seek adjournment by the plaintiff was rejected by the respondents’ counsel, who urged the tribunal to dismiss the petition for lack of preparedness.

At the resumption of hearing the matter, counsel for the plaintiff, Mr Saka Layoonu (SAN), informed the panel of a subpoena dated November 3 and filed on November 8 for service on the Osun REC, which he was to tender before the court in Form CF001, which contained certificates and other documents of the 2nd respondent, Senator Ademola Adeleke, the governor-elect and candidate of the Peoples Democratic Party.

Layoonu also stated that the plaintiffs were unable to serve the REC and requested that the case be adjourned so that the summons could be served on the INEC’s chief officer in the state.

Ananaba said the REC that was being summoned was not listed in the petition, adding that the day’s sitting marked 104 out of 180 days constitutionally given to the panel to hear and adjudicate on the matter.

He accused the petitioner of wasting the time of the panel and plotting to frustrate the respondents.

Mr. Niyi Owolade and Nathaniel Oke, SAN, representing Adeleke and the Peoples Democratic Party in the matter, both aligned with the submission of Ananaba and urged the panel to dismiss the petition.

Meanwhile, Layoonu, in his reactions to the issues raised, said the plaintiff was prepared for the matter, asking the panel to ignore the call from the respondents that the case should be dismissed.

He also said on page 134, paragraph 69 (VI), of the plaintiffs’ petition, it was stated that the petitioner would file INEC’s nomination form for the second respondent and other relevant documents.

He declared that it was the prerogative of the plaintiff to use the time allocated to them before the panel the way they liked within the provisions of the law.

In his ruling, the Tribunal Chairman, Justice Tertsea Kume, explained that a summons on the REC was issued by the tribunal on Tuesday and would subsequently be served on the INEC officer.

He adjourned the matter till Monday, November 21, for continuation of the hearing.

Why Atiku Reiterates Commitment To Privatization Of Capital Projects, Restructuring