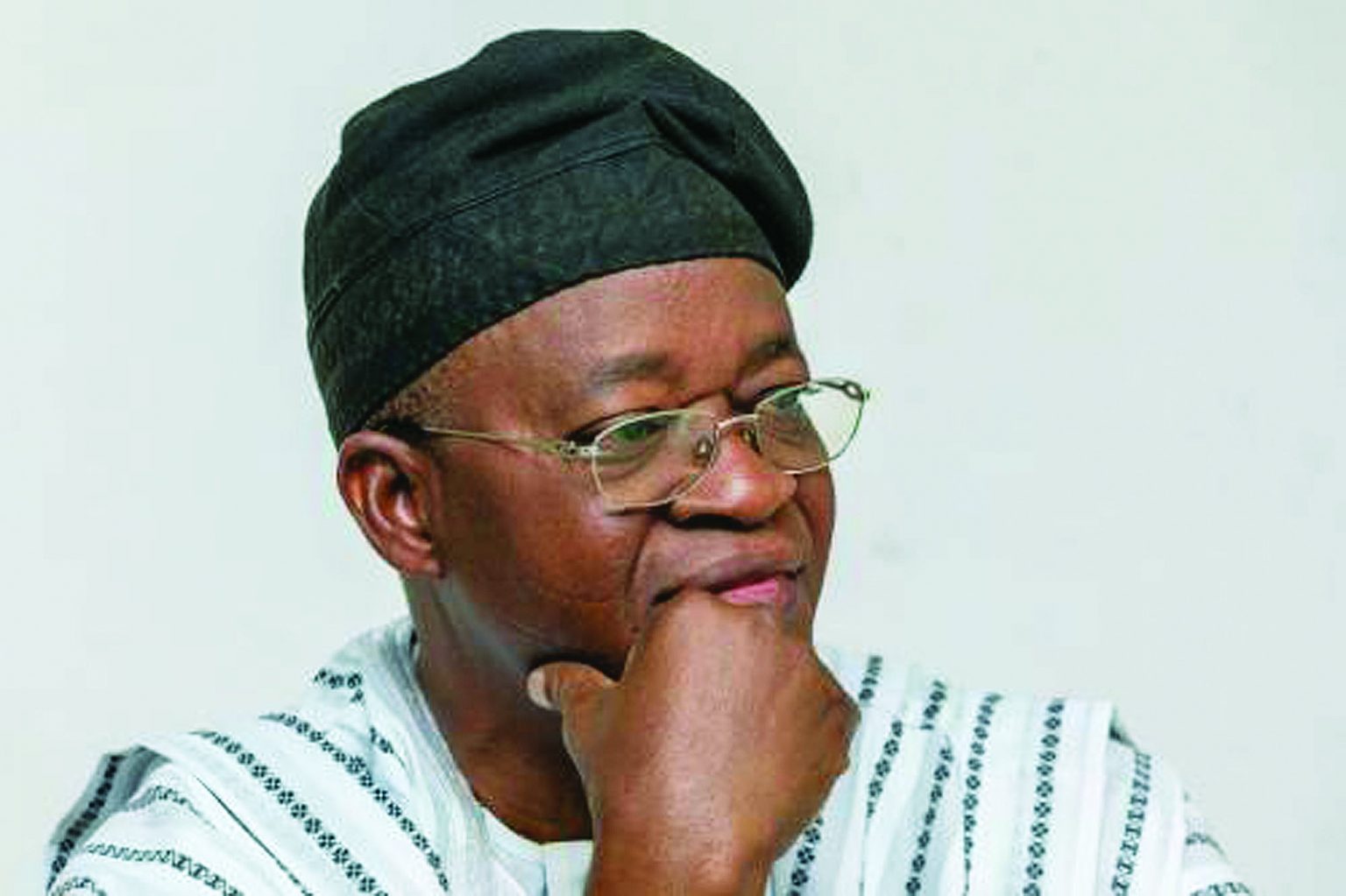 The ongoing political crisis within the Osun State Chapter of All Progressive Congress, APC was brought to the fore again on Saturday during the 64th Birthday of Ogbeni Rauf Aregbesola, the Minister of Interior as political gladiators in the state were absent from the ceremony.

As it was earlier speculated, the Governor of Osun State, Mr Gboyega Oyetola and the entire state cabinet members ignored the ceremony. The entire state apparatus was represented by Commissioner for Political Affairs and Inter- Governmental Relations, Mr Taiwo Akeju.

All the Senators and Members of Federal House of Representatives from APC in Osun all the State, Caretaker Committee of APC shuned the ceremony execpet the state Secretary, Hon Rasak Salensile, a core loyalist of Aregbesola.

The Ooni of Ife, Oba Enitan Ogunwusi was said to have participated via zoom as the royal father of the day while the Ijesaland paramount ruler, Oba Dr. Adekunle Gabriel Aromolaran, the Oluwo of Iwo, Oba Abdulrasheed Adewale Akanbi, Ataoja of Osogbo, Oba Jimoh Olanipekun, the Timi of Ede, Oba Munirudeen Adesola Lawal, even the Onirun of Irun in Boluwaduro local government who is a strong ally of Aregbesola among others were absent.

The current Speaker of the State House of Assembly, who hailed from the same local government with the Minister , Hon Timothy Owoeye, former Speaker, Hon Najeem Folasayo Salam and the former Secretary to the state Government Alhaji Moshood Olalekan Adeoti attended the ceremony held at the Zenabab Resort, Ilesa.

The Osun Progressives ( TOP) led by its Chairman Elder Adelowo Adebiyi also attended the event with others members in their green and white attire.

Although the Governor Oyetola and Rauf Aregbesola had denied the rumor of rift but the recent developments with the formation of The Osun Progressives ( TOP) populated by Aregbesola loyalists was an evident manifestation of the rift.

The Agba Osun recently suspended Elder Adebiyi from the Elder Council of APC for the formation of splinter group within the party while all the political functionaries in the state have equally dissociated themselves with TOP at different APC rally.

Aregbesola while speaking at the ceremony described the agitation for secession as foolish and share wickedness by selfish individuals.

Aregbesola warned Nigerians to desist from from any act capable of threatening Nigeria’s unity, describing those calling for the separation of the country as ignorant.

It would be recalled that on May 25th, 2021, at a virtual colloquium, the Minister celebrated his birthday parading notable Speakers like Kaduna State Governor, Mallam Nasir El Rufai, a perceived anti Asiwaju Bola Hammed Tinubu presidency antagonist and other personalities including NLC President, Ayuba Wabba with the Colloquium theme as Government and Big Development, realities and solutions for Nigeria.