The honourable commissioner for works and transport in Osun State, Engr. Remi Omowaiye has admonished political officer holders in the country to continue to strife to put smiles on the faces of their followers, as this remains the true test of leadership and responsibility.

Omowaiye made the call at a mini empowerment programme he organized last Sunday for selected constituents in Ilesa in his quest to support the reelection bid of Governor Gboyega Oyetola. “Leaders should lead with good examples, with fear of God and listening ears to their followers and people in their community, constant interaction between followers and leaders solve most of societal problems, a know attribute of Governor Oyetola”, he said.

At the programme, the Ijesa born politician distributed deep freezers, about 25 generators to traders and some party faithfuls, he also gave cash support as business financial buffer to many others.

High point of the event was the donation of a 43inches smart TV and generator to one, Mr. Adebisi Michael, a graduate of Industrial Chemistry from OAU who is living with disability who he (Omowaiye) got wind of his request through a widely circulated video on social media, documented by BBC News Pidgin.

In his thank you response, Mr. Adebisi Michael expressed surprise to the prompt and kind gesture extended to him by Engr. Omowaiye and thank him for supporting his sports viewing centre business in Ilesa.

Michael said he came into limelight because of his tweet when popular, hip hop star, David Adeleke aka Davido requested for proposals from 20 young Nigerians who are small business holders and entrepreneurs which he also participated, though he’s yet to receive a response from the music star. Omowaiye used the occasion to appeal to the international music star Davido to come to also come to the aid of Mr. Adebisi Michael, like he has promised. 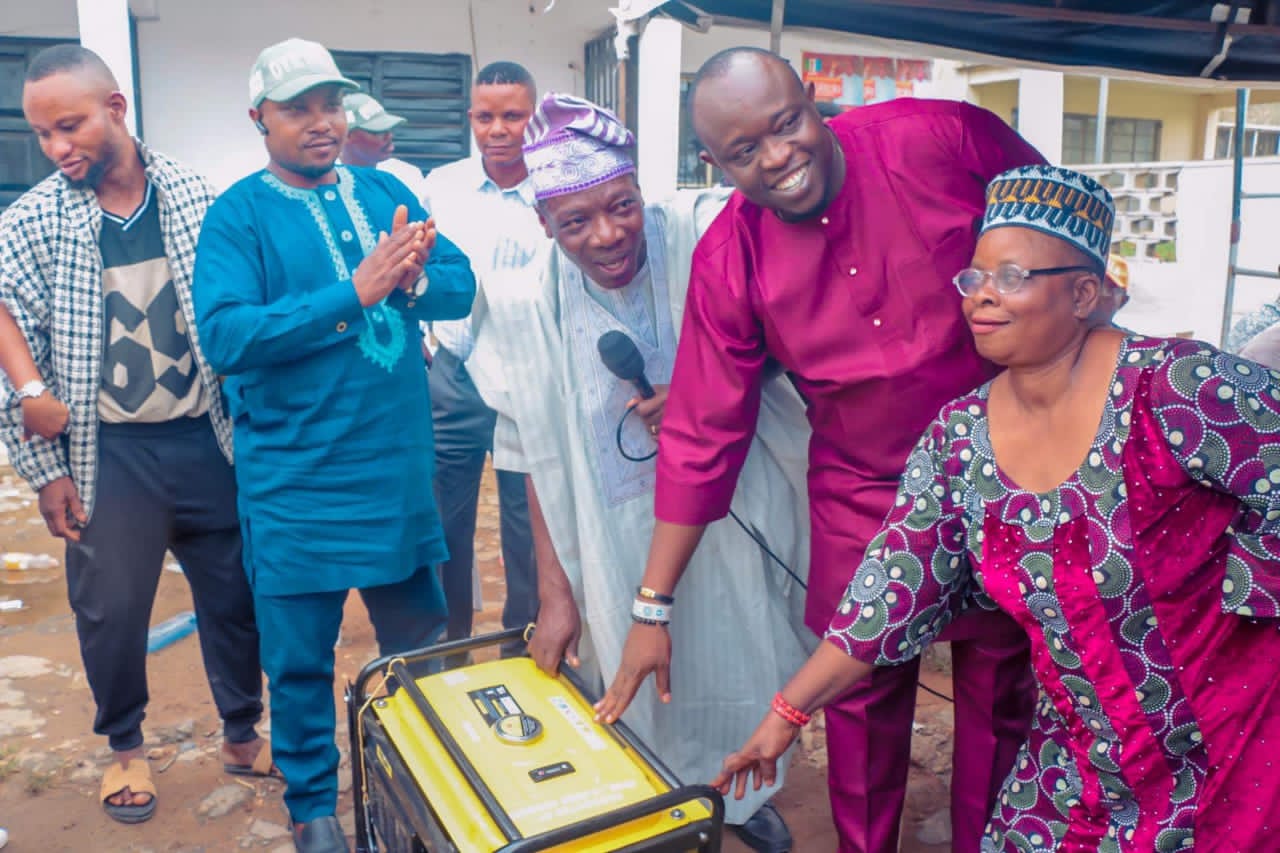 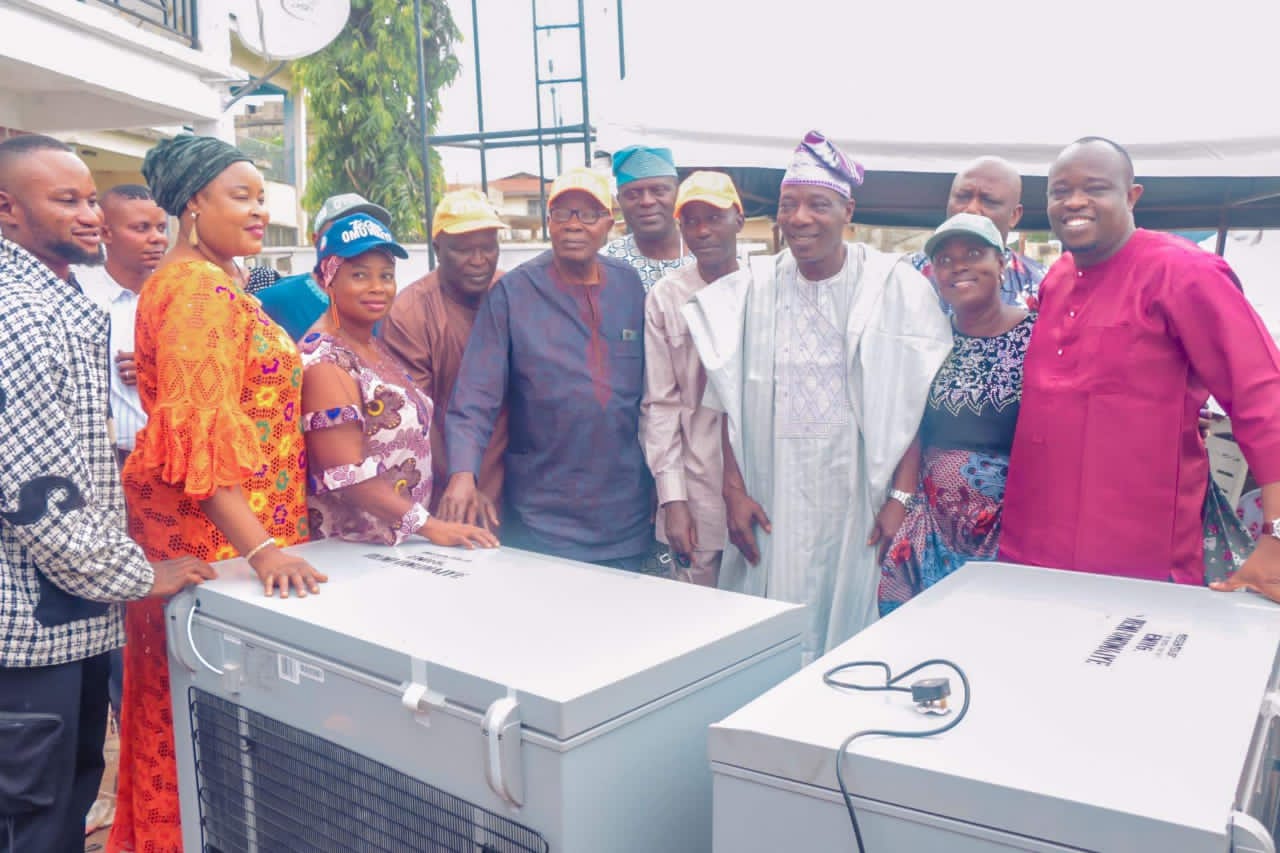 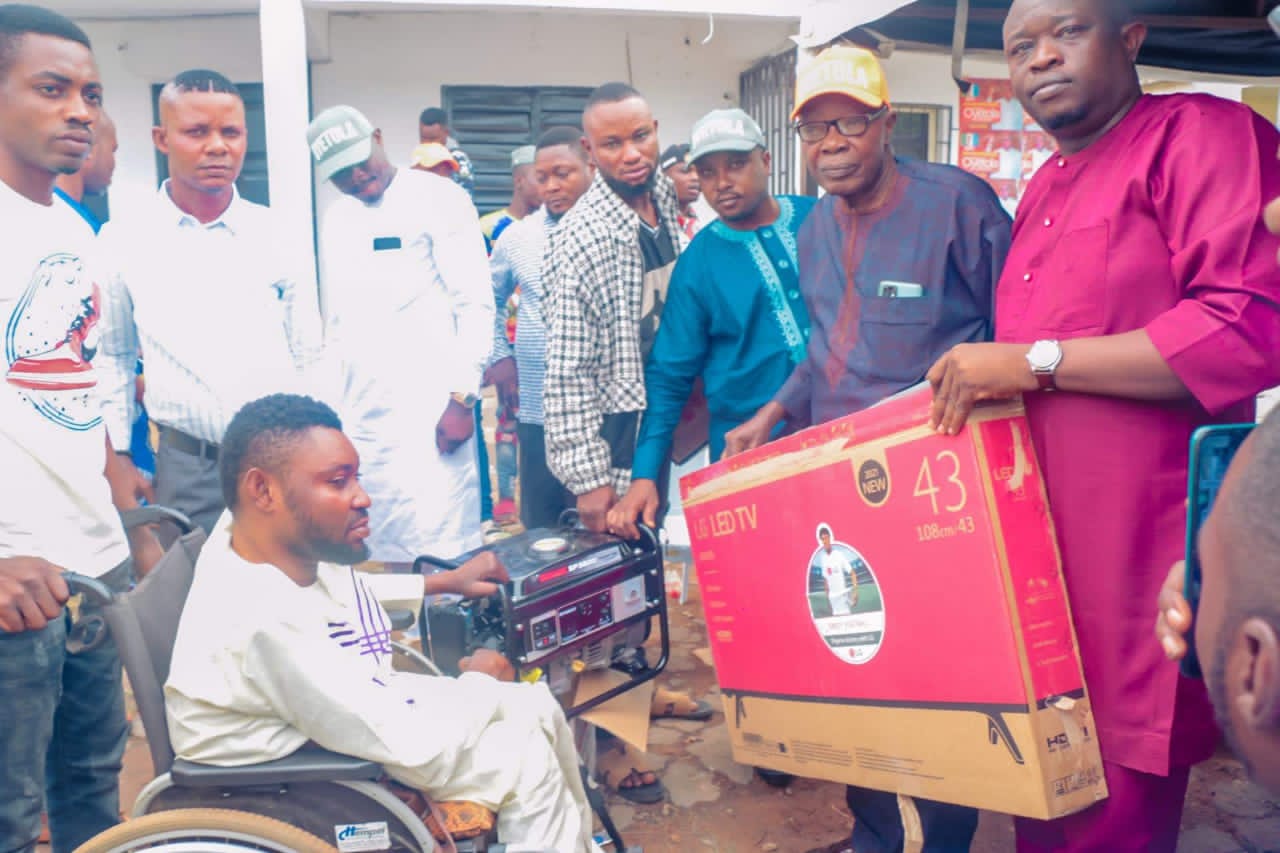 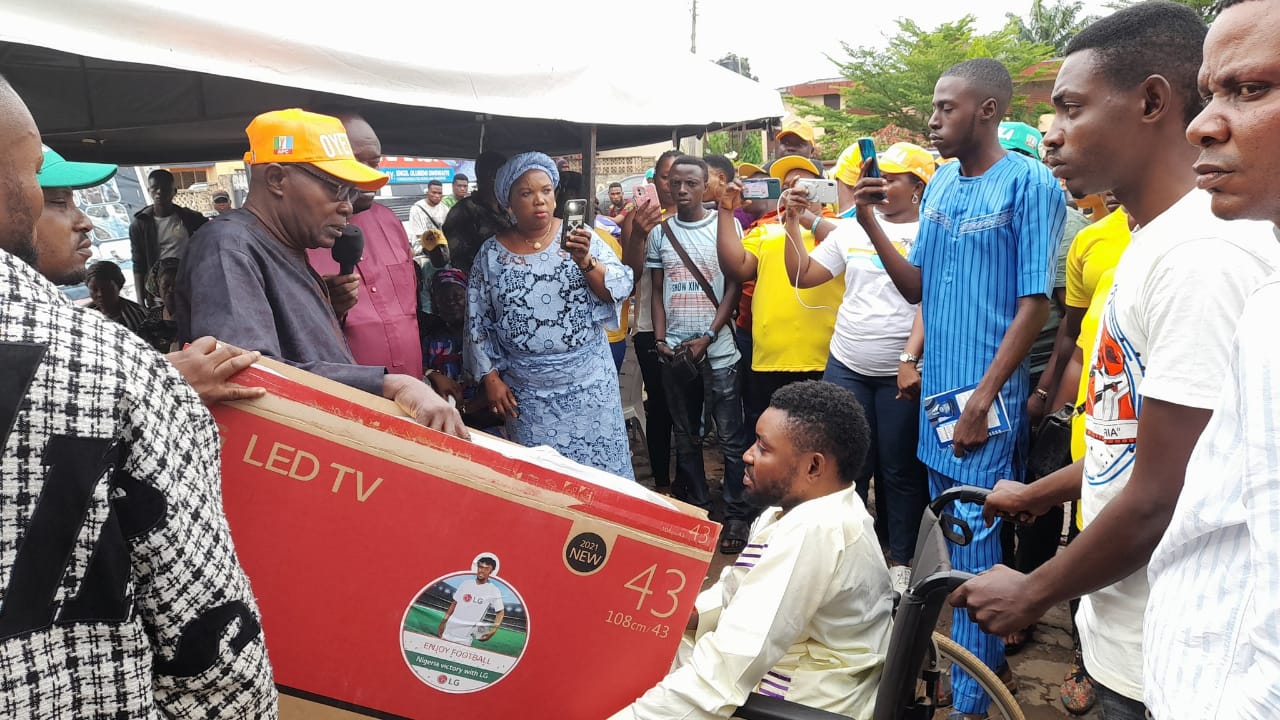 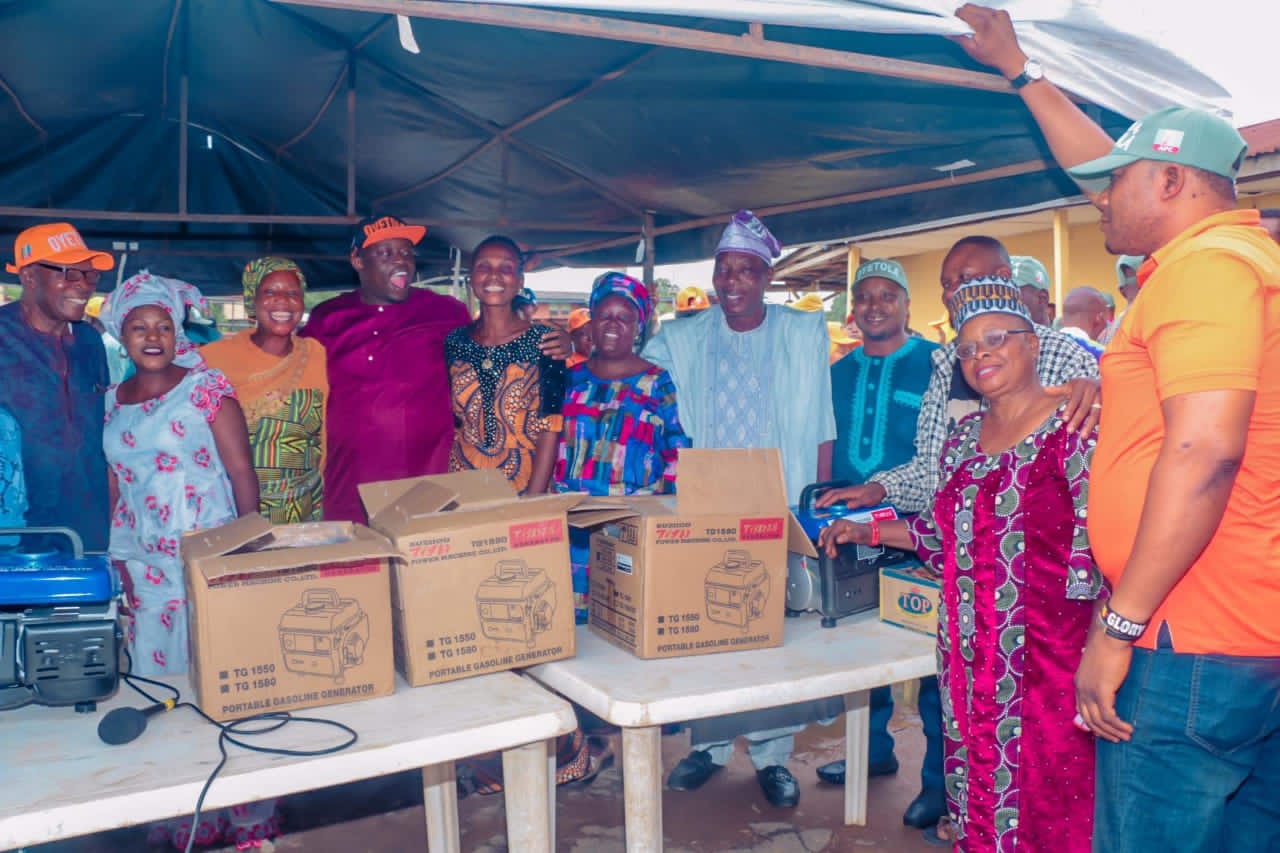 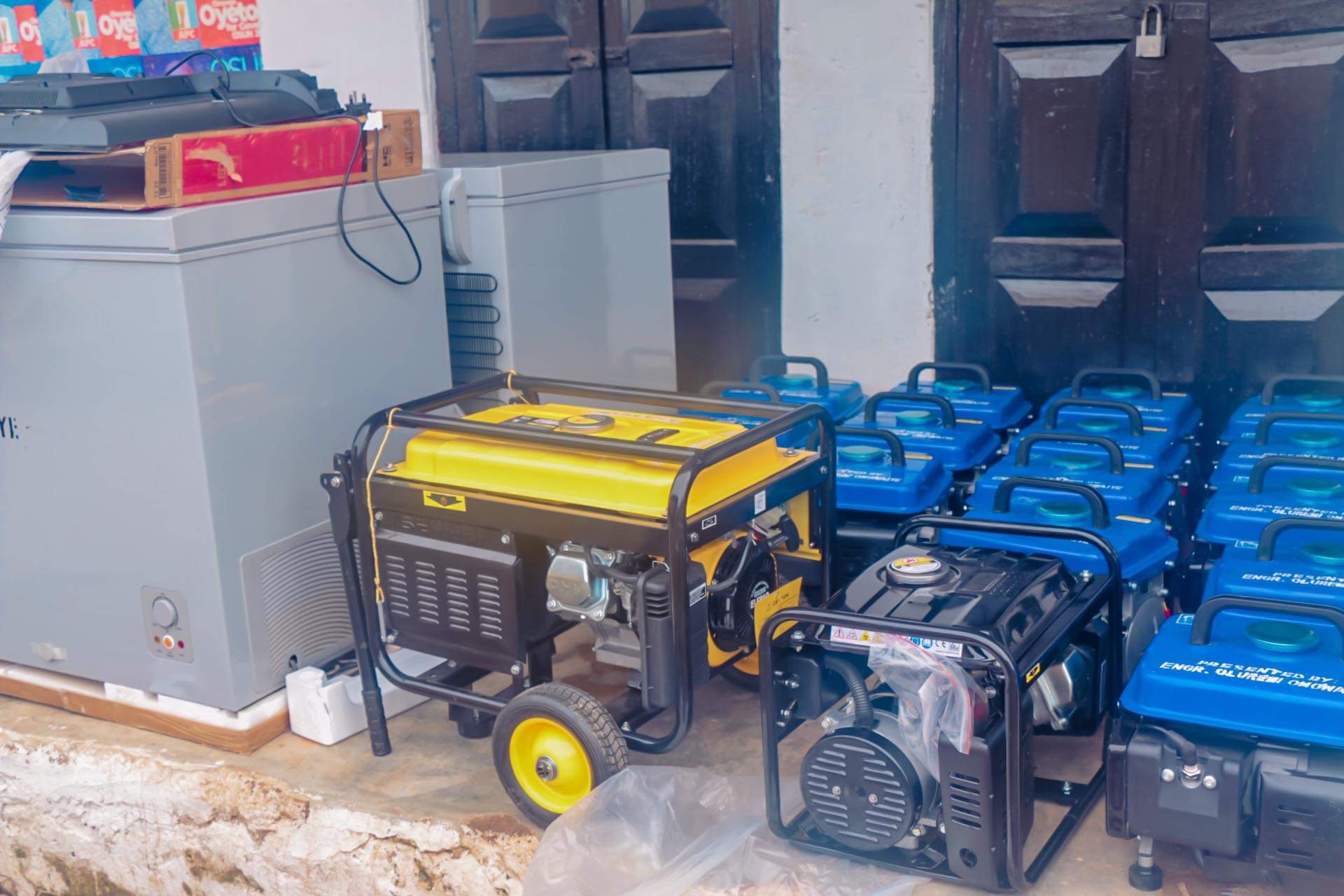 EFCC Witness: How Fake Army General Posed As Obasanjo’s Son To Defraud Me Of Over N200m

Osun Guber: ‘Our Preference For You, Second To None’, Akire, Apomu Reaffirm Support For Oyetola