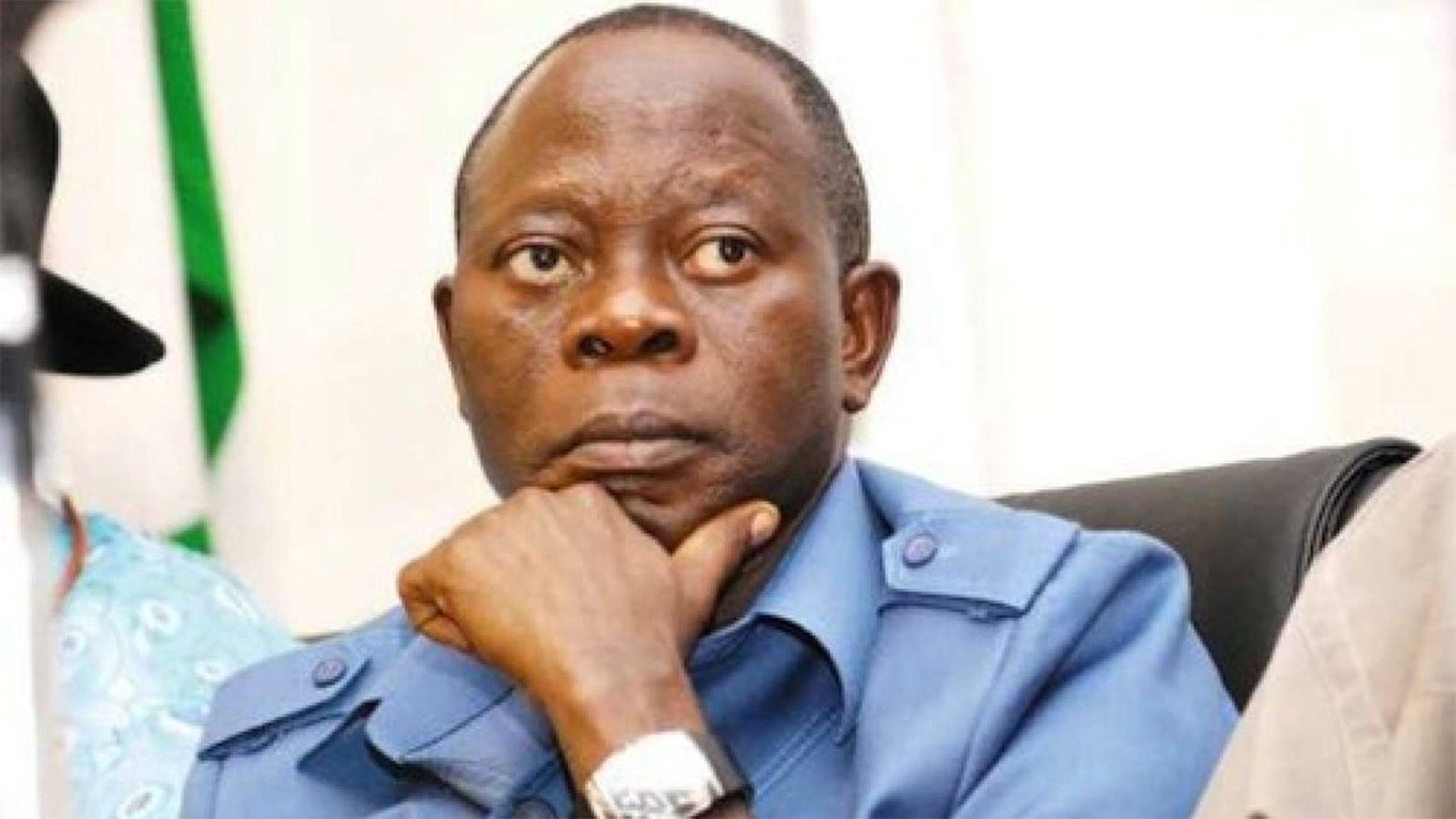 It may not be out of the context of a sincere analysis of the Edo political space to assume that the former national chairman of the All Progressives Congress (APC), Comrade Adams Oshiomhole is a major issue in the September 19, 2020 governorship election.

Apart from the two major contestants, Governor Godwin Obaseki of the Peoples Democratic Party (PDP) and Pastor Osagie Ize-Iyamu of the APC, the other person directly linked to the two is Oshiomhole.

It was Oshiomhole, who brought Obaseki in 2016 and sold him to the people of Edo. But to convincingly market him, he had to destroy his main challenger, Ize-Iyamu. The aftermath of those scathing words, left in the trail of the pastor’s destruction, is yet to subside.

Interestingly, four years after, the situations have switched places. Oshiomhole no longer wants his beloved friend, Obaseki, who had done everything humanly possible to destroy his benefactor without as much a reason other than blackmail. And, in his place, Oshiomhole would rather the man he claimed was a no-do-good some four years ago.

Today, on both sides, Oshiomhole comes handy as a principal campaign tool. While the PDP thinks the former APC chair had done sufficient reelection work for them four years ago with his strident de-marketing of the pastor, the APC is struggling to explain that his words do not hold true of the person of the pastor.

It is, however, smart and strategic, that the APC has tried to let those things remain in the past and refusing to engage the opposition on a cheap character debate. But are the words of a campaigning politician in an election really bankable, especially, those that have not been subjected to scrutiny or thorough fact-check?

It was a former governor of New York, Mario Cuomo, one of whose sons, Andrew, is the current governor of New York and another, Chris, with the CNN, who said you “campaign in poetry and govern in prose”. There’s nothing more to add, because his words are self-explanatory.

Although a renowned political blogger in the US, Kathleen Kelly Reardon, tended to disagree a bit because of the misinterpretation that seems to be adduced to it often, not much could be taken away from it still.

She wrote: “Whenever I hear this phrase, I shudder. It’s usually said as if we’re supposed to accept that candidate lying during election campaigns is fine. Recently, CNN’s Chris Cuomo attributed this phrase to his father, Mario Cuomo. But out of context it can have a different meaning than his father intended.

“I remember hearing Mario Cuomo speak eloquently at Stanford University about how getting rich is fine so long as you give back. He cared about the underserved and also about the truth,” she explained, a disposition that is not far from Oshiomhole’s.

Continuing, she explained further: “Elizabeth Kolbert of the New Yorker considered the poetry vs. prose phrase one of many melancholy ones Mario Cuomo repeated. These tended to have a dose of reality within them gleaned from years of experience in politics.

“Campaigns do involve putting one’s best foot forward from the perspective of those you wish to influence. But this observation is not an acceptance of political duplicity.

“Words matter. The more we hear ‘campaign in poetry and govern in prose’ as advisory, the greater the risk that lying will become acceptable even as it dupes the electorate and undermines democracy.

“Campaign in poetry and govern in prose can be misused effectively to justify duplicity by the duplicitous among us. When that happens, we’ve abdicated our responsibility to expect honesty from those who aspire to lead,” she added.

What Reardon did not envisage, also, is the inanity of the opposition to misapply mere campaign rhetoric for a thoughtless mischief. Unfortunately, for the PDP, the Obaseki they are desperately hawking to sell to the Edo people, they also condemned just months ago, alleging he had stolen all of Edo’s money.

Therefore, if in their reckoning, all they were doing at the time was play politics, in what slant are they going to dismiss the obvious that Oshiomhole, four years ago had only campaigned in poetry without meaning a line of all he said about Ize-Iyamu, more so that none of those things could pass a simple test?

It is public knowledge that Oshiomhole talks too much and does not always filter the words that proceed out of his mouth. This does not change the fact that Oshiomhole is by all standards a good man, who means well for his people of Edo State and Nigeria in general.

On the contrary, the PDP and the Edo people must be wary of the nature of Mr. Obaseki, who history has vindicated today as coming from a family of traitors that hold no loyalty to friendship or reciprocity of good deeds. He delights only in his greed. He had said far too many kind things about a man, who made him what he is today than to turn around and deny himself.

This is why we will rather pay attention to a man, whose worldview and philosophy are deserving of a serious study, owing largely to his underpinning historical character traits and whose treachery should not be entertained or tolerated by anyone worth his salt, especially those who boast enviable upbringing.

Thus, in the September election, the problem is not what Oshiomhole said four years ago and which have been found to be untrue. The problem lies in the fact that a certain Governor Obaseki is today living true to the warnings handed Oshiomhole, when he mooted the idea of fielding him as his successor. If there’s anyone who is duplicitous and undeserving of the votes of the Edo people, it is the double-faced Obaseki, whose unconscionable nature is irredeemable.

A’Ibom PDP is a model of Party Politics in Nigeria, Says Gov Emmanuel

No Injuries As Two Planes Collide In Lagos Airport