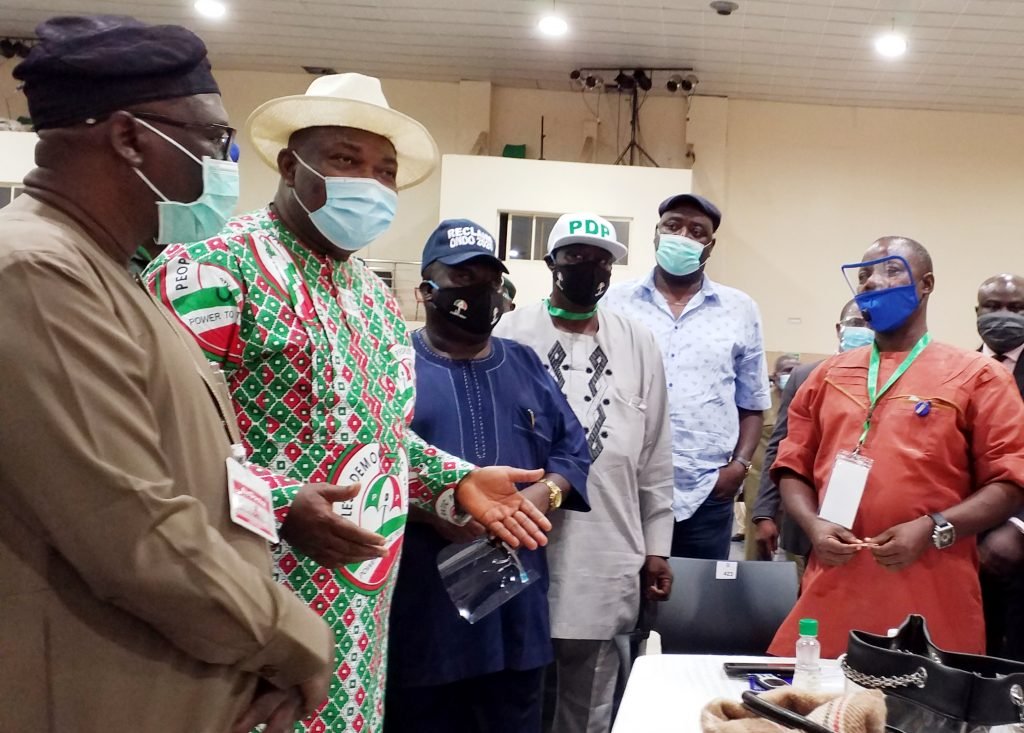 The winner of the Governorship Primary Election of the Peoples Democratic Party (PDP) in Ondo State, Eyitayo Olayinka Jegede, has commended the Electoral Committee of the PDP led by Governor Ifeanyi Ugwuanyi of Enugu State, for conducting “a very transparent exercise”.

Jegede, the former Attorney General and Commissioner for Justice in Ondo State, during ex-Governor Olusegun Mimiko’s administration, polled 888 votes to defeat his closest rival, the incumbent Deputy of the State, Ajayi Alfred Agboola, who scored 657 votes.

The PDP Governorship Candidate, who spoke after he was declared winner of the kneely contested primary election, thanked the people of Ondo State, his fellow aspirants and party delegates for the victory.

Announcing the result after the exercise, Gov. Ugwuanyi, who was the Chairman of the Electoral Committee and Returning Officer, said that “the exercise was peaceful, free and fair, and was conducted in accordance with the guidelines of our Party, the PDP”.

Gov. Ugwuanyi, who conducted the election with his colleague from Adamawa State, Rt. Hon. Adamu Umaru Fintiri and other members of the Electoral Committee, appreciated the aspirants and delegates for their comportment and commitment to the success of the exercise.

He therefore urged all the aspirants to close ranks and work for the victory of the PDP, in the forthcoming Governorship Election in Ondo State.

“By the powers conferred on me as the Chairman of the Electoral Committee and Returning Officer for this exercise, I announce that Jegede Eyitayo Olayinka, having scored the highest votes cast and met all the requirements of our Party’s guidelines for the conduct of this election, is hereby declared winner of the PDP Governorship Primary Election in Ondo State, and is returned elected”, he said.