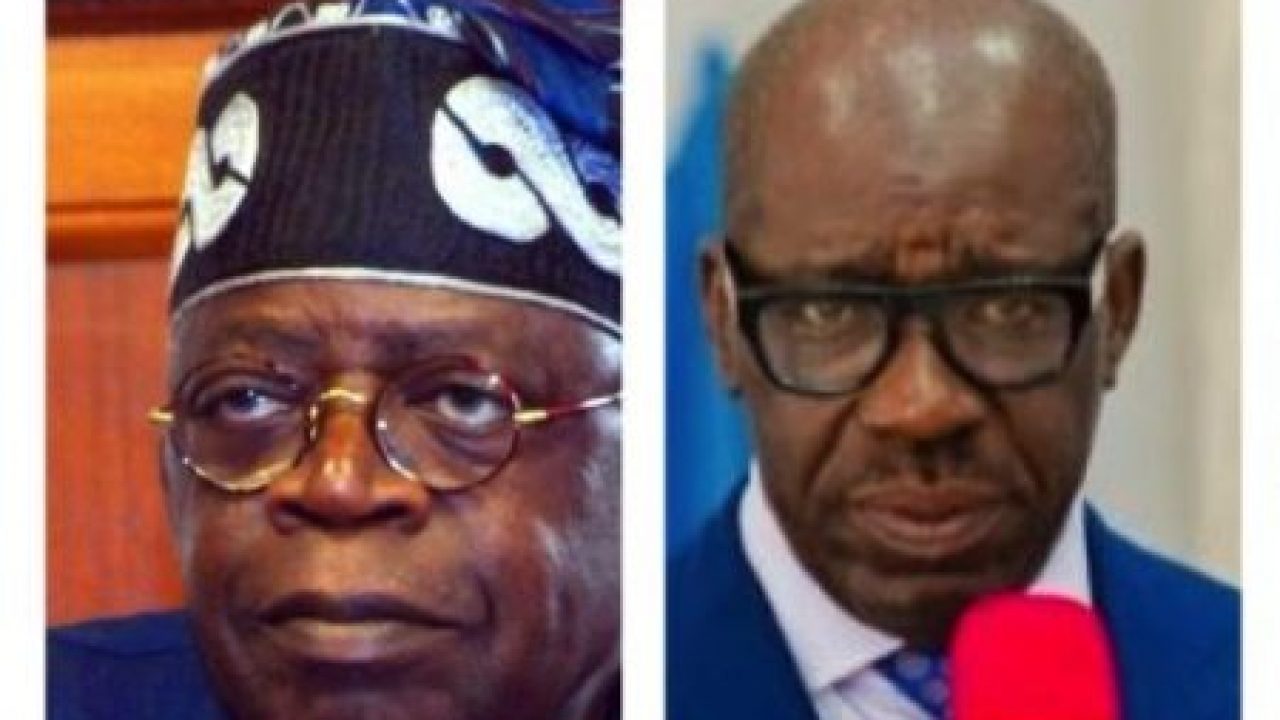 Governor Godwin Obaseki, candidate of the Peoples Democratic Party (PDP) has said that the former Lagos State Governor and Chieftain of the All Progressives Congress (APC), Asiwaju Bola Ahmed Tinubu cannot extend his political empire to Edo State as Edo people are determined to end the godfatherism in the state.

The governor who spoke in a statement by Crusoe Osagie, his media aide on Tuesday, Osagie said “Our attention has been drawn to a television broadcast in which a former Lagos State Governor and chieftain of the All Progressives Congress (APC), Asiwaju Bola Ahmed Tinubu, in his quest to extend his political dominance and empire to Edo State, decided to take over the role of Edo people to choose through the ballot who to govern them for the next four years.”

Osagie noted: “It has become obvious that the spirited fight which Edo people have put up against godfatherism has sent tremors beyond the shores of Edo to the likes of Tinubu, who has for years sustained a stranglehold on Lagos and other states in South Western Nigeria, hence this desperate, last ditch effort to rescue the unproductive political instrument, now popularly referred to as godfatherism, with which he has feathered his nest and built his political empire at the expense of the people.”

Stressing that Edo people are committed to ending godfatherism in the state, he said: “Tinubu knows clearly that come September 19, when godfatherism would have been dismantled in Edo State, the people of Lagos may just have found the recipe and formula for removing the chokehold placed on their collective destinies for decades by Tinubu, hence the inciting television broadcast.