Liz Truss, prime minister of the United Kingdom (UK), has appointed Kemi Badenoch as the new secretary of state for international trade and president of the board of trade. 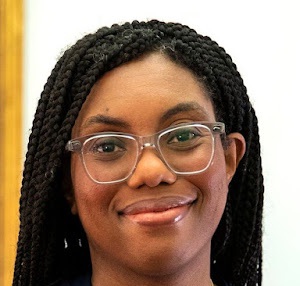 Earlier on Tuesday, Truss was announced as the UK prime minister replacing Boris Johnson, who resigned in July.

Aside from issues regarding his style of governance, Johnson’s resignation followed a scandal over his handling of the concerns raised about Chris Pincher, deputy chief whip, over allegations of sexual misconduct.

Later on Tuesday, the prime minister’s office announced Badenoch’s designation as a member of the new cabinet.

She takes over from Anne-Marie Trevelyan, who has been appointed as secretary of state for transport.

Prior to resigning from Johnson’s cabinet in July along with some other government officials over the former prime minister’s handling of a series of scandals, Badenoch was the equalities and local government minister.

The 42-year-old had also contested the prime minister position, and finished fourth in the race.

Until her appointment as UK trade chief, Badenoch had also served as a junior minister in the treasury.

Born in south London, Badenoch’s parents are of Nigerian origin, and in her maiden speech in the house of commons, she described herself as “to all intents and purposes a first-generation immigrant”.

BITmarkets Expands to Nigeria
4 hours ago

2023: Talks Are Ongoing For Kwankwaso To Step Down For Atiku — Northern Leaders
5 hours ago