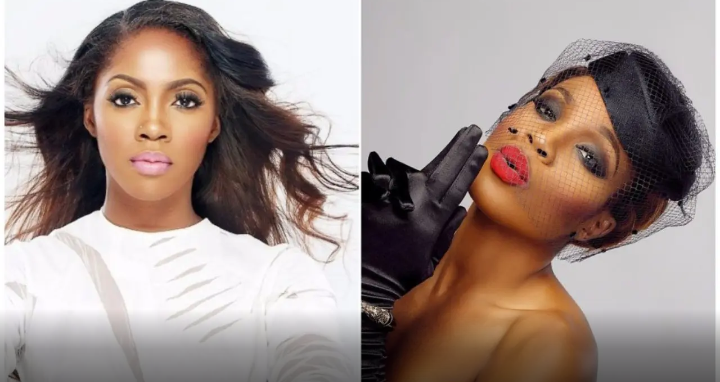 The ugly dispute between Nigerian female singers Tiwa Savage and Seyi Shay has prompted actor Seun Jimoh and other Nigerian celebs to react.

These reactions follow the release of a video of Tiwa and Seyi fighting and arguing in a saloon on social media.

In the video that is currently going viral, it can be surmised that the two ladies who have been feuding for a long time met at a saloon and decided to rekindle their quarrel.

Things did not go well between Tiwa and Seyi, however, as both were spotted attempting to be violent until others interfered.

Seyi had previously said a lot of negative things about Tiwa and had also blocked her on Instagram, but she still summoned the bravery to say hello to her at the saloon, according to Tiwa.

Seyi Shay joined the studio in 2019 to join the #Fuckuchallange, but he also used the chance to bash Tiwa Savage by speaking a lot of terrible things about her, according to News Direct. Tiwa, on the other hand, did not respond or say anything in response to whatever Seyi stated about her.

Both sides had not crossed paths since then, until they met at the saloon, where they vented their rage on each other.

See how some Nigerian celebrities reacted to this below;

@esther_biade wrote “Don’t tell me Hi after saying shit about me, keep the same fucking energy!”

@seunseanjimoh1 wrote “It’s the sweetly refined Yoruba for me, God go settle am…Tiwa! Abeg no take jam jam swear abeg, people wey love you love you regardless , you have nothing to prove”

@monalisa.stephen wrote “Tiwa is so classy sha . Even as she Dey fight she still Dey classy all her words con dey sound like better Lyrics too possssh.”

@isrealdmw wrote “LOVE YOU SO MUCH TIWA”