A civil society group based in South-South Nigeria, Niger Delta Network has visited abandoned skills acquisition centre in Ukpenekang, Ibeno local government area, with a call on Federal Government to complete the project. 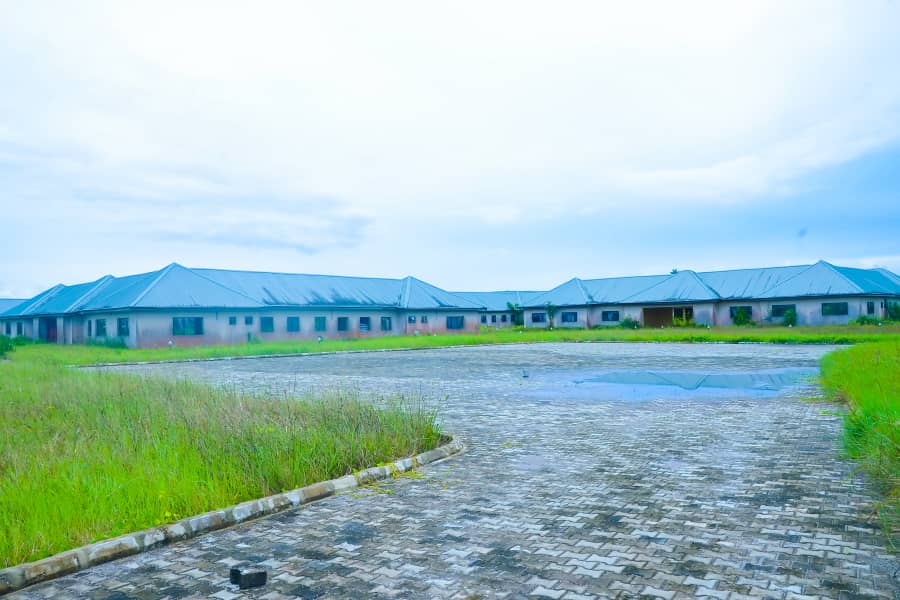 The visit which was led by the Director of Public Communication Dr. John Douglas, expressed displeasure over the abandoned projects, adding that similar projects started same time in other states have been completed.

The team which toured the entire Skills Acquisition Centre, thanked the contractor handling lot one project, High Chief Isaac Abakam for providing security to protect the facility.
Dr Douglas who briefed the press after tour of the project site and visit to the leading contractor, wondered why such project should be abandoned by the Federal Government, adding that NDN was in Akwa Ibom State to assess the level of the construction.

“We are very disappointed that such project could be delayed for over seven years. Other states with similar project have started training their youths in the centre.

“We know that the administration of President Buhari has done much in infrastructure, but we want the Federal Government through the Ministry of Niger Delta where the project is domiciled to complete this project so that Akwa Ibomites can benefit too.

“Our duty is not to witch-hunt anybody but to let government see reasons to complete projects abandoned by both Ministry of Niger Delta Affairs and the Niger Delta Development Commission, NDDC.”
Also speaking, the major contractor of the project, High Chief Isaac Abakam recalled that the project was supposed to last for three years but has delayed to this point.

Chief Abakam revealed that he has spent so much to keep the place weeded and secured, and appealed to Federal Government to release the last tranch of the contract sum with variation incurred over the years, for completion of the project.

He said a team from the Ministry of Niger Delta Affairs had visited the site three weeks ago with an assurance that funds will be released for the completion of the project.

“The project has three lots: lot one, two and three. So, I am in charge of the construction of all the buildings. It is actually a contract that is supposed to last for three years so, we are doing the work very well.

“We have actually gone very far. In fact, we have very few things left to have the project completed. Painting is what is left. The painting that was done four years ago is gone. One thing about a building is that if it is not inhabited by people, definitely the house would not last long.

“When this project is completed, it will help train our children with different skills that will be in the offering.”