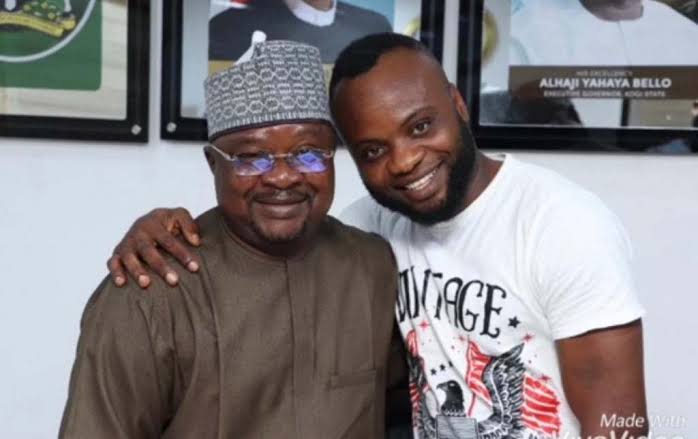 A Kogi-based musician, Tanimu Yunusa has apologised to the State Commissioner for Work, Engr Abubakar Ohere, over allegation of attempting to induce and snatch his wife.

Tanimu, who is also known as 2rich, a local Ebira musician from Obehira in Okene local government area of Kogi state in a music video recorded in Ebira Language and released on Thursday admitted that he made error for lying the allegation against the commissioner.

“My father Ohere, I’m sorry”  Tanimu said severally in the video, while displaying several photos of him and the commissioner in a bid to tell the viewers that they have come a long way.

In an earlier video which went viral in the state, Tanimu accused the commissioner of luring his wife, Zuleiha to abandon their marriage and become his mistress with a promise to marry her.

“Adai Ohere, I have told you one time that I don’t talk behind people because I know my worth, if anybody tells me that I am nothing, I will show the person that I am something. I also told you that I don’t talk carelessly on Facebook, Whatsapp and all those things. I am not a fan of it. But the day I get angry and I choose to talk, it will shock everybody,” Tanimu was seen saying in the video.

“I want to sound this warning to all those of you calling my wife’s phone number, asking her to park her things from my house, that you want to marry her or that I don’t have anything to give her,” he added

The wife of the musician at the height of the wife snatching claim has also reacted to the allegation by her husband.

Zuleiha, in a video released on Friday where she identified herself as the Women Leader of the 4+4 group in Kogi Central, warned those who have commented on the matter to mind their language and the way they talk.

According to her, those who are in the habit of blackmailing political leaders in the state for financial assistance to satisfy their hunger must refrain from making reckless statement that are filled with lies.

She said that her conclusion from the allegation of her husband is that he needs something from the commissioner and therefore pleaded with him to come to his aid.

“From the allegation of 2rich (Tanimu Yunusa), against Adai Abubakar Ohere, what I can conclude at the end of the day is that Adai Ohere needs to find him something. He doesn’t have as much access to him, that is what I can see.”

Investigation by this medium revealed that Tanimu Yunusa and Engineer Ohere had enjoyed excellent relationship in the past, resulting in the musician producing different music videos to shower praises on him.

In one of the earlier videos released, Tanimu was seen boasting about his contributions to the APC and the government in Kogi State, particularly with the release of no less than 71 songs which he used in campaigning for the party and the government.

Tanimu, who though admitted receiving car gift and various forms of economic empowerment from the state government, some of which came from the personal efforts of the commissioner lamented that his contributions have not been rewarded enough, especially when compared with the empowerment received by other fellow artists.

Tanimu’s dissatisfaction was also expressed in an audio recording between him and an unknown person where he mentioned different empowerment extended to some of his fellow artists while he was left out.

According to an insider source, Tanimu’s resort to the unfounded allegation is not surprising. Apparently, he is known for his expensive and ostentatious lifestyle that he needs a constant stream of income to maintain.

With four wives and children in his kitty and less access to the economic empowerment he had hitherto enjoyed from the state government, Tanimu finds it difficult to fund his expensive and ostentatious lifestyle. As a result, he became a willing tool in the hands of willing politicians in the state who are hell bent on tarnishing the images of others.

“Tanimu was definitely paid to defame the character of the commissioner and damage his reputation for political gains because he has become hungry and broke that he will do anything just to make money,” one of our source said.

His claim was corroborated in the statement made by the wife, Zuleiha in a video where he begged the commissioner to ‘find something for him’ because according to her, the reason behind the musicians allegation is lack of money.

Efforts to reach to Tanimu to confirm or deny the allegation by the source and his wife, Zuleiha on the allegation of trying to extort money from the commissioner or being used by politicians to defame his character and reputation proved abortive as the known telephone number of the musician failed to connected on several attempts.