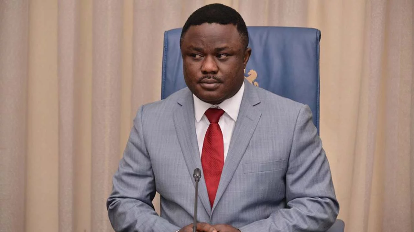 The two stated in their resignation letters to the governor that they had opted to stay with the People Democratic Party (PDP) after careful thought.

According to Mark Obi,

“Following recent happenings in the political alignment of the State Governor, I am persuaded to review my involvement in the current administration.

“Consequently, being a founding and subsisting member of the People’s Democratic Party in Cross River State, I cannot in good conscience remain in my current appointment as Special Adviser.

“I hereby resign my appointment as Special Adviser effective immediately. I am grateful to Your Excellency for finding me worthy to serve the State in the said capacity.

“Nevertheless, I will continue to support the State and Government in any way possible as a stakeholder and senior citizen. Please accept my best regards” he stated.

Cecil in her letter said, “Please accept this letter as formal notice of my resignation as the Director-General Urban Renewal Commission (South).

“This opportunity was a huge one and no doubt impacted on me positively. Also thanks to my political associates, friends and family for their support and prayers while on this important assignment” he stated.