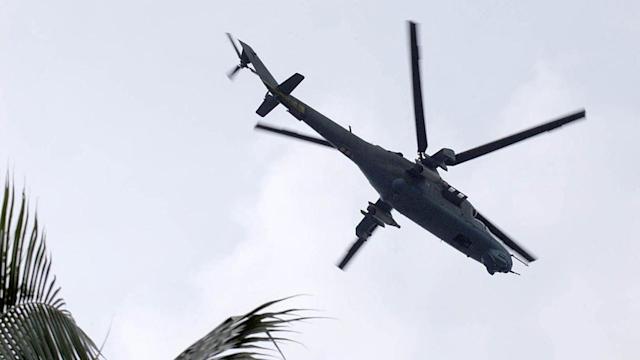 A military helicopter crashed in northern Ivory Coast while on a reconnaissance mission near the border with Burkina Faso.

News Direct gathered that all the five crew members died.

An investigation has been opened to determine the cause of the crash, the ministry said.

The army in northern Ivory Coast has faced several attacks by suspected jihadists, especially on the border with Burkina Faso. Last June, two soldiers and a gendarme died in the Togolokaye region, after having run over an explosive device.

2 Trapped To Death, Others Injured As Popular Nigerian Church Collapses