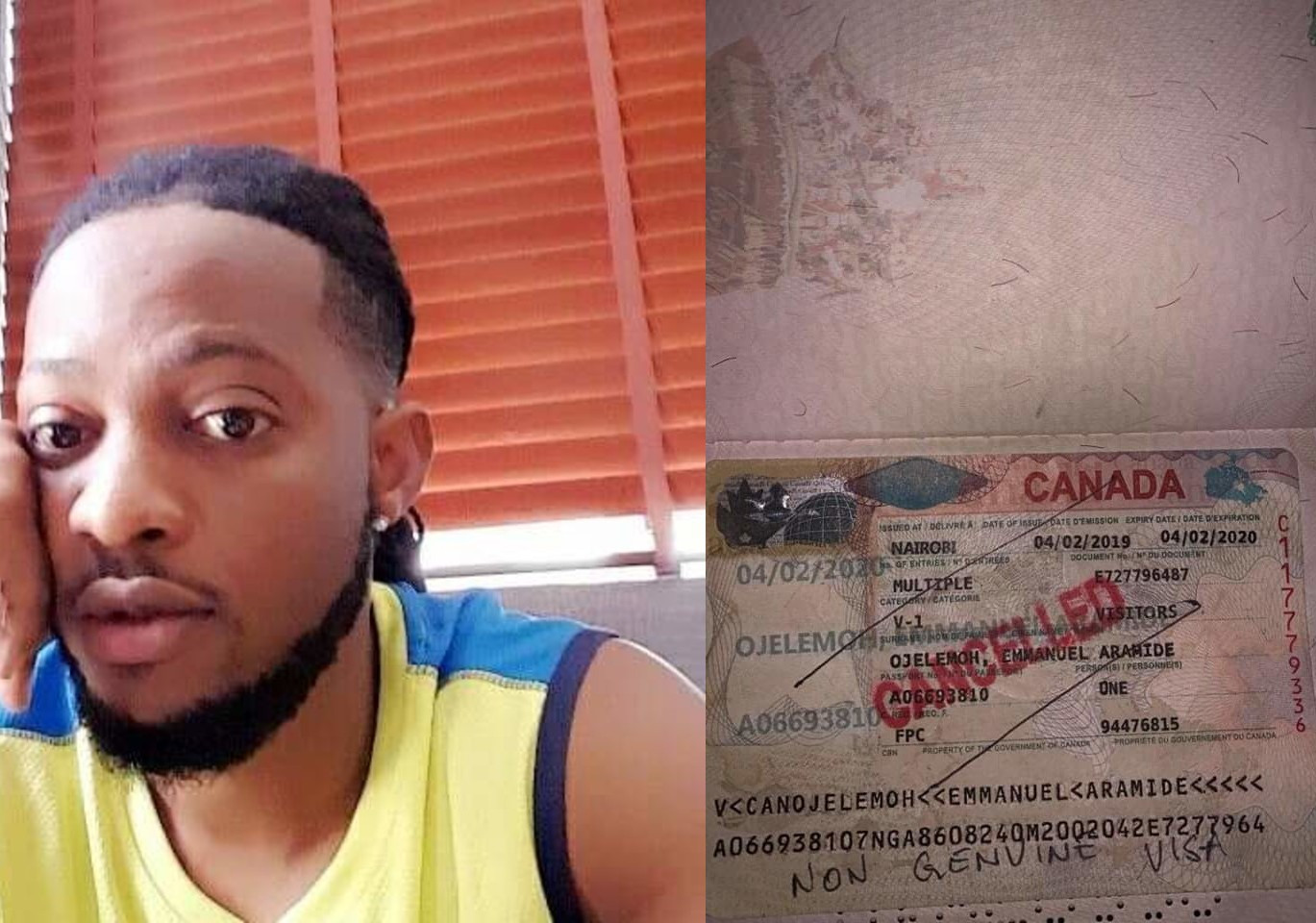 A Nigerian man who was betrayed by a Nigerian pastor and almost ended up in a Dubai jail as a result, has narrated his ordeal.

Emmanuel Aramide said he was a victim of a fake visa scam and it was a pastor who issued him the fake visa after he paid an exorbitant amount for the genuine visa.

Unfortunately for him, the fake visa led him into trouble in Dubai. His passport was seized and he was subjected to series of investigations for 3 months. Fortunately, he was spared jail but has to live with the effect as it reflected on his passport that he travelled with a “non genuine visa”.

Sharing his story, he wrote:

I didn’t want to talk about this for sometime now but just seeing this on my passport really break my spirit , like my heart is so heavy and I thought to share ..

After 3months of series of investigation from the immigration in Dubai i finally just got back my passport and I am thankful to God , but this visa as you can see was as a result of a wicked and heartless Nigerian visa agent who also is #aPastor , after being paid a huge amount of money for a legit visa decided to go as far as placing this “FAKE VISA” on my passport and got me implicated long story short I just don’t want to discuss what I’ve been through and fines that I’ve paid because of this . I am really disappointed in this current state of Nigeria and all that has become of it , sometimes I wonder if it’s a curse or a crime to be born a Nigerian , how can someone be so heartless and desperately wicked even after being paid ; We complain every now and then against the government but most of the citizens of Nigeria are now virus that has gone beyond control this is the reason why the innocent ones faces rejection every where they go to the point that even our own fellow Africans are scared of the name “Nigeria” sometime I just wish I can renounce that name too but what to do other than being the best I can . There is no standard life for common Nigerians, is either you are extremely rich or extremely poor and now because of the abject poverty that this current administration has brought upon its people , 85% of Nigerian citizens don’t think straight anymore other than being fraudsters , these bad eggs now eats the church and has eaten even deeper to our so called “PASTORS” .