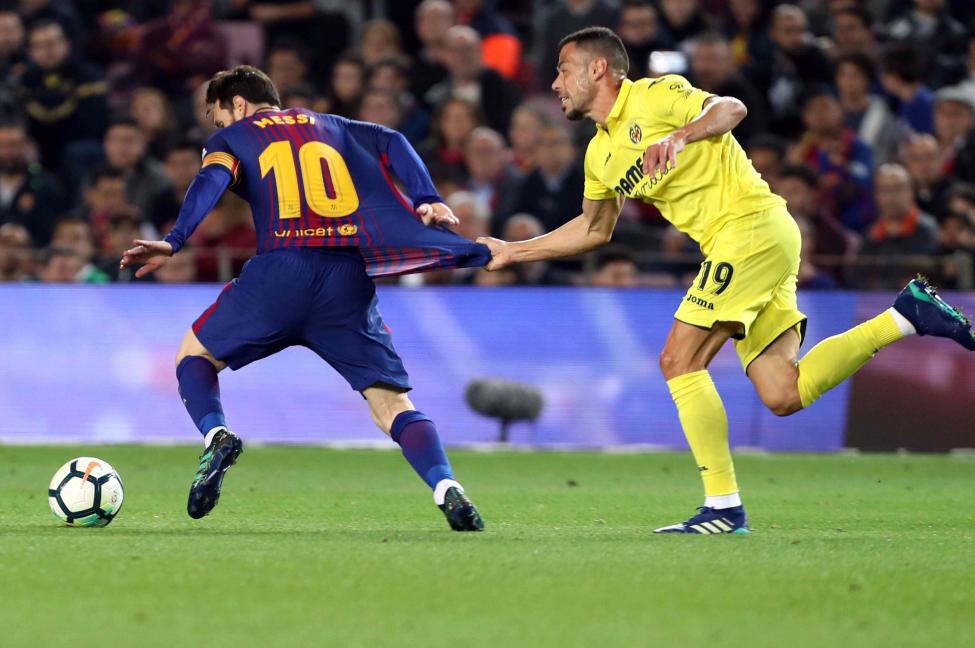 Barcelona captain, Lionel Messi came off the bench to help the La Liga leaders battle back from 4-2 down in stoppage time to snatch a remarkable 4-4 draw against Villarreal in the La Liga on Tuesday night.

NAN reports that the draw resulted in Barca’s lead over nearest challengers Atletico Madrid, who had earlier won 2-0 at home to lowly Girona, being trimmed to eight points.

All these, however, came ahead of Saturday’s top-of-the-table showdown at the Nou Camp.

Even without Messi, Gerard Pique and Ivan Rakitic in their starting line-up, the visitors still strolled into the lead through a Philippe Coutinho goal in the 12th minute.

Brazilian forward, Malcom soon doubled the lead with a header.

But Villarreal, who began the game hovering one point above the relegation zone, were to soon haul themselves back into contention.

It began with a strike from dazling 19-year-old Chukwueze midway through the first half.

Messi was called from the bench to rescue the champions, but instead Villarreal increased their lead with a strike from substitute Carlos Bacca.

Alvaro Gonzalez was then dismissed for Villarreal for a second booking with four minutes remaining.

It thus paved the way for Messi and Suarez to strike for Barca and produce a remarkable finish to an enthralling contest.