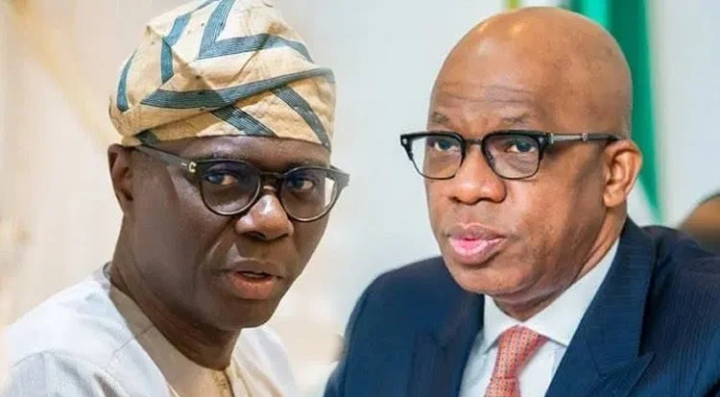 The Lagos State Government has signed a memorandum of understanding with Ogun State Government for the establishment of Lagos-Ogun Joint Development Commission to stimulate physical and socio-economic growth in both states.

The new coalition was sealed on Monday by Governor Babajide Sanwo-Olu and Governor Dapo Abiodun, at the Presidential Lodge in Abeokuta, Ogun State.

Sanwo-Olu noted that the bilateral relationship between the two neighbouring states was sought at transforming key areas of mutual interests, including security, commerce, urbanisation, infrastructure and solving boundary disputes.

He said, “This is game changer that will transform the urban agglomeration that exists between Lagos and Ogun states. We are driven by the desire to stimulate socio-economic growth, bridge development gaps and ensure that Lagos mega city status is complemented by pervasive infrastructural development even in boundary towns.”

“It has become obvious that the best way to stimulate socio-economic development in both states is by grasping a more collective approach for growth, development and urban sustainability. Regardless of the challenges, we are determined to build more liveable and stable cities,” he said.

Abiodun further clarified that the creation of the joint commission was the realization of an informal discussion between the governors of both states.

“The common goal is to provide good governance and make life more meaningful for the electorate; and that is our driving force. We must never forget that, as Nigerians, we are all interconnected in one way or the other; and the fastest way to accelerate socio-economic growth and create an equitable society is by uniting to combat our challenges,” he added.

Oyetola felicitates Aregbesola on his birthday