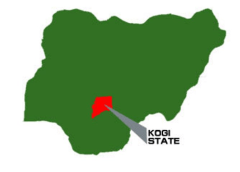 The Peoples Democratic Party (PDP) said it will win the November 2 governorship election in Kogi State, noting that people of the state are looking onto the party to redeem them from the misrule of the All Progressives Congress (APC).

These were part of the resolutions reached at Kogi PDP stakeholders’ meeting held in Abuja.

The meeting, which was convened by the PDP national leadership, was attended by two representatives from each of the 21 local government areas of the state, as well as party leaders in the state.

“The leadership crisis affected our election in Kogi East such that Kogi East lost both the National Assembly and the state House of Assembly seats.

“Kogi West made us proud, they burried their differences. That did not happen in other senatorial districts, especially in Kogi East where we produced a governor for 13 years – nine years of Ibrahim Idris and four years of Idris Wada, and we thought that something went wrong and we are going to address it,” she disclosed.

Alfa stated that Prince Secondus’ committee would address the issue and ensure that party leaders in the zone were reunited for the November governorship election.

“The people of Kogi, as it is today, are looking onto the PDP for succour; to redeem them from the wound that they are in today, from hunger, from death, from misery and from abject poverty.

They are looking on to us, and because of that we have decided as a people to put our acts together.

Dr. Alfa disclosed that the party’s governorship candidate will come from Kogi East “because that is where the strength lies, and you know politics is a game of number, you cant runaway from that.”

Secondus, a speech, which was read on his behalf by the National Publicity Secretary, Kola Ologbondiyan, said the Kogi governorship election is a must win for the party.

He expressed the need for PDP leaders in Kogi State to be united so as to win the governorship election.

“We are limited by time and the challenges ahead of us are monumental but not insurmountable. There is therefore and absolute need for a united format to approach these challenges.

“We need a methodical approach around conflict process that will produce for us a governorship candidate that will have a large
acceptability. To accept this, we must as a family produce the criteria that will guarantee us a successful outing.

“We must therefore not allow anything to demoralise us as a winning streak which our party displayed in Imo, Adamawa, Bauchi, Osun among others will be repeated in Kogi state by the grace of God,” Secondus added.