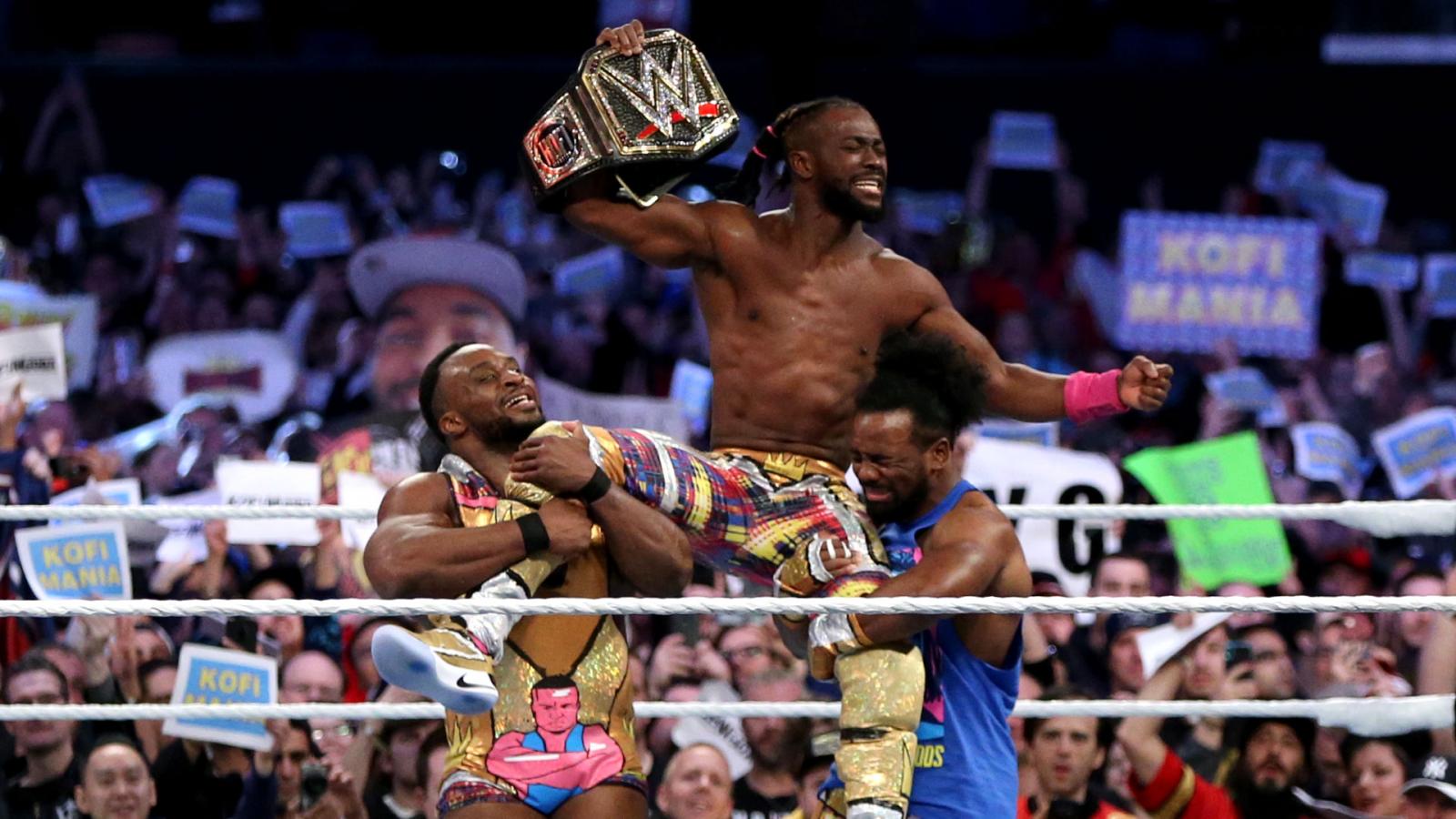 After 11 years of hard work, after clearing every hurdle thrown in his way, after earning every single opportunity, Kofi Kingston seized his moment and defeated Daniel Bryan to become the WWE Champion in one of the most emotional moments in WrestleMania history.

MetLife Stadium was rocking from the moment Big E finished his thunderous introduction for The New Day, as Kofi strode down the massive ramp for the biggest opportunity of his career. Judging by the look on his face, Kingston knew that his life would never be the same after tonight, regardless of the outcome of this match. Big E even pulled out a present for Kingston, promising him that he’d find out what was inside after the battle.

And it was a battle. With the capacity crowd of 82,265 fans, as well as the SmackDown locker room cheering him on, Kingston managed to persevere through every cruel and unusual maneuver the sadistic Bryan managed to apply.

Bryan wrenched Kingston into endless painful positions, but Kofi would not stay down. After Kingston landed an aerial dive successfully, he attempted to take flight once again, but Bryan was able to sidestep him this time. Kingston went crashing sternum-first into the announce desk, the sickening thud reverberating throughout New Jersey’s Meadowlands. The WWE Champion pounced on his challenger, finally finding a body part to target.

Bryan trapped Kingston in a waistlock, squeezing the breath from Kingston’s body. Kofi somehow escaped, but it looked like the damage had been done, as Bryan clobbered him with a series of dropkicks, then went back to punishing his opponent with a Boston Crab.

Kingston fought off an attack on the ropes from Bryan, and then the battle devolved into a hockey fight, with the two Superstars trading punches and kicks. Kingston escaped one LeBell Lock and connected with the SOS, but was ensnared in a second LeBell Lock by the WWE Champion, who elbowed him in the injured ribs for good measure.

Kingston reached the ropes but found himself on the receiving end of Bryan’s punishing kicks. Despite all the punishment he had been through to this moment, Kingston fought through the pain and dared the WWE Champion to hit him again. Bryan obliged, and Kingston answered with one of his own. When Bryan’s monstrous intellectual peer Rowan tried to get involved, Big E & Xavier Woods came to Kofi’s aid, taking the titan out with UpUpDownDown on the arena floor.

Back in the ring, Bryan caught Kingston and stomped him relentlessly into the canvas as Big E & Woods watched helplessly from ringside. But on this night, there was no keeping Kofi down. Kingston fought through everything, eventually giving Bryan a taste of his own medicine, stomping him into the canvas. With his New Day brethren and the entire WWE Universe behind him, Kingston clobbered Bryan with Trouble in Paradise and then pinned him to finally etch his name into the history books.

Woods and Big E leapt into the ring to celebrate with Kingston, but something had to change first. Kofi’s New Day teammates headed to ringside, grabbed Daniel Bryan’s eco-friendly WWE Championship, and tossed it aside. They then unveiled the WWE Championship Bryan had disposed of, custom-made with side plates bearing Kingston’s name.

The celebration continued with Kofi’s two sons embracing their father in the ring and holding his newly-won title up for the WWE Universe to see.

Then, Big E grabbed the present he put aside at the start of the match, and unveiled his gift to the new WWE Champion — a T-shirt symbolizing the 11 years of work Kofi Kingston put into his WWE career, and The New Day’s bond of brotherhood that helped propel Kofi to the top, along with one simple phrase.