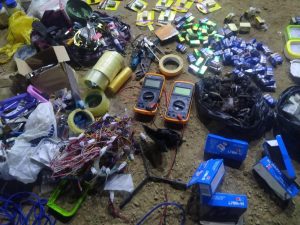 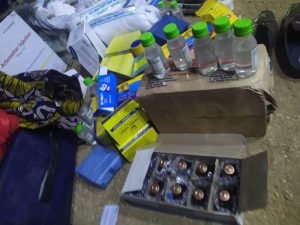 This latest development supports eyewitnesses’ accounts that the explosion was a suicide bomb attack.

This is also coming few hours after Governor Nasir El-Rufai of Kaduna State announced that the dreaded Boko Haram and the Ansaru terrorists have taken over two Local Government Areas of Birnin-Gwari and Giwa in the state.

Recall that an explosion had gone off at the densely populated Aba road of Sabon Gari market in Kano State on Tuesday morning.

The blast resulted in panic as parents were seen horridly evacuating their wards from school.

A dismembered body of one person was seen after the explosion. Many had speculated that it was caused by a suicide bomber, but police insisted it was an explosion from a gas refilling shop.

Why I Won’t Support Northerner As APC Presidential Candidate – Lalong