The Progressive Project (TPP), an umbrella body of support groups backing Vice-President Yemi Osinbajo for president, has allegedly picked the All Progressives Congress (APC) expression of interest and nomination forms for the vice-president.

This comes after Tunde Bakare, the overseer of the Citadel Global Community Church, also purchased the forms.

Kabiru Gaya, senator from Kano, picked the forms worth N100 million for Osinbajo at the International Conference Centre (ICC) in Abuja.

Laolu Akande, spokesman of the vice-president, confirmed the development in a series of tweets on Thursday.

“A passionate team of support groups and individual Nigerians from across the country have raised funds to support the purchase of APC nomination forms for the Vice President’s 2023 presidential bid,” he tweeted.

“Today, the forms have been collected by representatives of the team just as the VP continues his interactions with APC stakeholders across the states.

“Today, he is in Cross River and Bayelsa states. It’s all about the desire and resolve of the VP to serve the people of Nigeria with all his heart, experience and insights.”

On his part, Pastor Bakare who said he is the best suitable candidate to address the problems confronting the country urged Nigerians to consider the capacity of candidates before electing a leader in 2023. 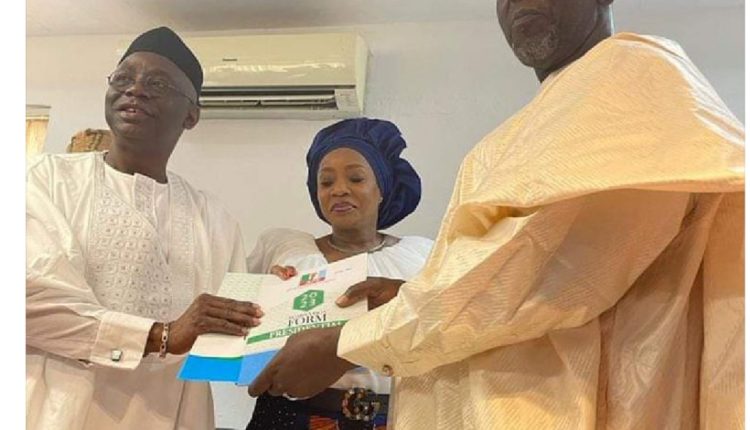 “This brings me to the brand, PTB. PTB is currently an acronym for Pastor ‘Tunde Bakare. The PTB brand is the rallying point for ‘Project 16.’

Other presidential hopefuls on the platform of the party are still expected to pick the forms.