President Muhammadu Buhari is hosting some critical stakeholders of the ruling All Progressives Congress (APC) ahead of its presidential primary in Abuja. 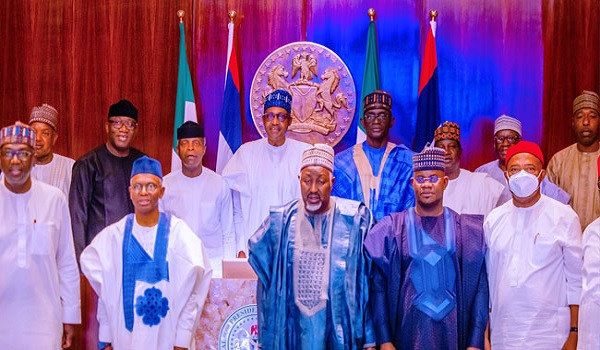 Although details of the dinner are sketchy, some visuals seen by The Nation showed senior government functionaries and party stakeholders are part of it.

Among the Governors seen at the dinner are Simon Lalong(Plateau); Bello Matawalle (Zamfara); Dave Umahi (Ebonyi) and Babagana Zulum (Borno).

The event taking place at the Banquet Hall of the Presidential Villa is a follow up of the meeting Buhari had with the national leadership and presidential aspirants of the party on Saturday night.

The President was expected to use the occasion to press ahead with his desire to achieve a consensus for the emergence of the APC presidential candidate.