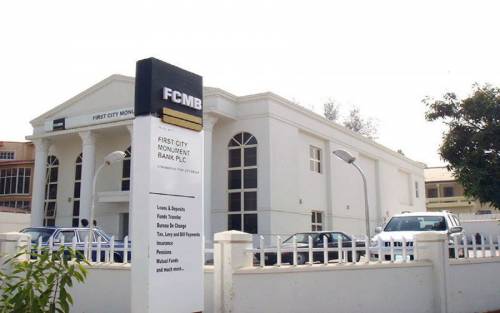 Unegbu dragged the First City Monument Bank to court in 2013 after a mistake by the bank on his Mastercard caused him to lose his business.

The Chief Judge of Imo State, Justice Ijeoma Agugua, has ordered a speedy trial of the case filed by Mr Kingsley Unegbu, a businessman in Imo State, against the First City Monument Bank.

Unegbu dragged the First City Monument Bank to court in 2013 after a mistake by the bank on his Mastercard caused him to lose his business.

He said the court had on countless occasions adjourned the case, while three judges had presided over the matter.

Agugua re-assigned the case to Justice I.G Chukwunyere of Imo High Court. The CJ also directed that “hearing notice be issued immediately, and the case be given expedited trial.”

The court has fixed 31st of July 2020 for the commencement of the hearing of the case. See Also Legal Businessman Begs Imo Chief Judge To Intervene In Prolonged N400m Lawsuit Against FCMB

SaharaReporters had reported that  Unegbu claimed the bank had been continuously seeking an adjournment to frustrate the judicial process and also abruptly end the case.

His petition reads: “In 2013, I approached the Imo State High Court Owerri to seek redress in a case of gross negligence wherein First City Monument Bank Ltd erroneously issued me a USD MasterCard with another person’s photograph for security identification.

“But the bank, in paragraph 12 of their statement of defence, said they owed me no duty of care in the production of such bank security materials.

“This resulted in a permanent disconnection of our service by Vonage Unlimited USA and consequently caused the collapse of my company.

“As a result of this, I approached the High Court Owerri in 2013 through my lawyer, AO Njoku Esq., to seek redress, but unfortunately since 2013 till date, my case has never been tried. See Also MoneySeven Years After, Businessman Who Dragged FCMB To Court Over Credit Card Error Yet To Get Justice

“The bank, through their lawyer C.N Okafor Esq., has been using the court to ask for endless adjournments as a way of preventing the case from being tried and as well to frustrate me, to see if I will die and the case will be struck out.

“I have lost everything I laboured for in life. My company has been closed for 10 years now. My wife has left me due to persistent suffering, and my children are out of school and hawking sachet water in motor parks to earn a living.