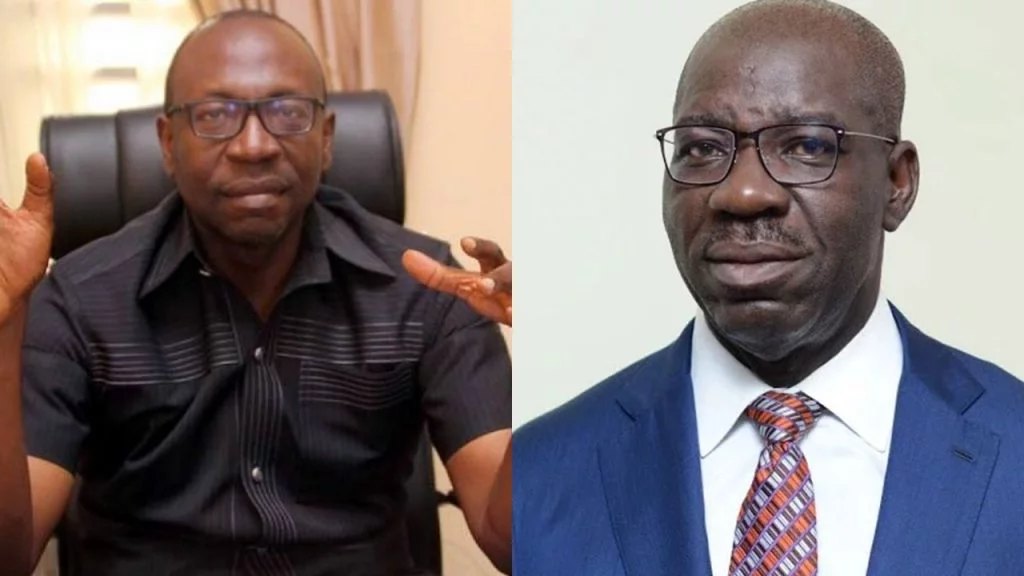 The candidate of the All Progressives Congress (APC) for the September 19 gubernatorial election in Edo State, is currently leading Governor Godwin Obaseki, the flagbearer of the Peoples Democratic Party (PDP) in an online poll conducted by Ripples Nigeria.

The online poll with the headline ‘Who would you vote in the Edo Guber election: Obaseki or Ize-Iyamu has 4,292 votes as at 7:14pm on Wednesday, July 22.

In the result, 48 percent of respondents said they will vote for Ize-Iyamu while 46 per cent picked Obaseki. Five percent of the respondents picked other candidates aside the two main challengers.

John Mayaki, the Chairman of the Edo state APC Media Campaign Council, said the poll was sponsored by Governor Godwin Obaseki to test his might.

Crusoe Osagie, Media Aide to Governor Obaseki, could not be reached for his reaction.

Recall that the New Nigeria Collective (NNC) group has accused the Edo state governor, Godwin Obaseki, of running his government based on lies.

According to the group, Governor Obaseki is best known for hounding opponents who refuse to support his government.

In a press statement sent to journalists on Wednesday, July 22 and signed by its chairman, Adeola Adewunmi, the group also accused the governor of making several attempts to intimidate one of the respected men in Edo state, Captain Hosa Okunbor.